Anybody trying to disrupt peace in Kashmir will be eliminated, Army warns Pakistan

Chinar Corps Commander Lt Gen KJS Dhillon said if anyone tries to disrupt the peace in the Valley, he will be eliminated. 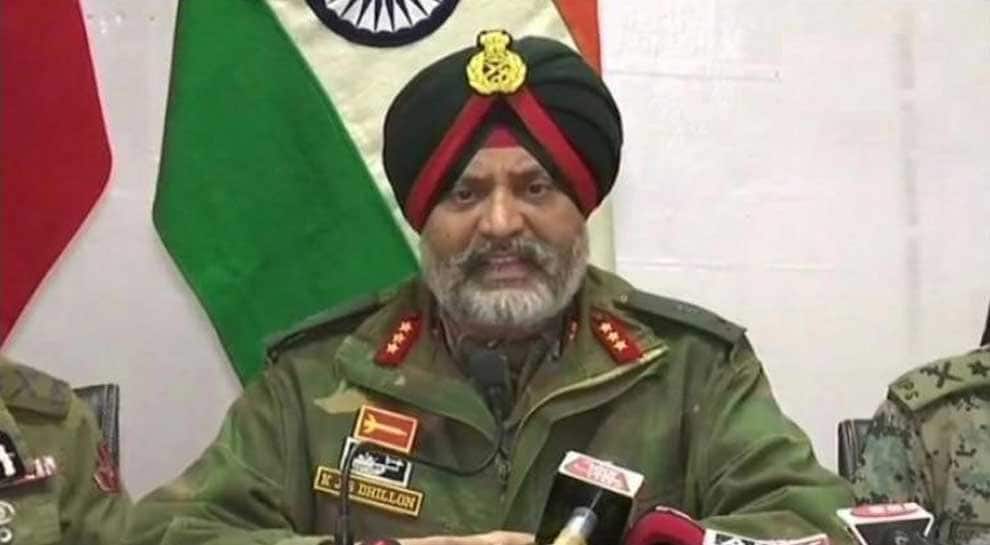 NEW DELHI: With Pakistan upping the ante over Centre's move to abrogate Article 370, which gave special status to Jammu and Kashmir, the Indian Army on Friday warned that anybody trying to disrupt peace in Kashmir would be eliminated.

The warning from the Indian Army came in the backdrop of Pakistani political leadership and its armed forces making statements threatening India over its Kashmir move.

In an interview, Chinar Corps Commander Lieutenant General KJS Dhillon said that "Pakistan and its Army has always been involved in disrupting peace in the Valley and I believe that they would continuously do it."

"Recently such statements have come out openly of threatening about certain incidents in the Valley. Notwithstanding we will take care of all of them. Let anyone come and try and disrupt the peace in the Valley, we will have him eliminated," Lieutenant General KJS Dhillon said.

"No such issue was there," Dhillon said while warning that in case the Pakistan Army violates ceasefire again, the Indian Army would "respond hard and with full strength."

Commenting on July 30 incident of heavy shelling by the neighbouring troops, Lt Gen Dhillon said that Pakistan resorted to unprovoked firing by use of air defence guns and artillery.

''Since it was an unprovoked ceasefire violation by Pakistan, the Indian Army reserved the right to respond, and responded at the military targets from where the fire had come,'' the top Army commander said.

On reports of infiltration attempts being made by Pakistan, he said, "All infiltration camps, launch pads are full of terrorists, and the Pakistan Army is assisting them by providing covering fire and even guiding them into its own territory through the Line of Control".

The comments from the Chinar Corps Commander came a week after the Indian Army successfully foiled an attempt by a Border Action Team (BAT) of the Pakistan Army in Keran sector and killed seven to eight of them.

The Indian Army also asked Pakistan to take back the bodies but its troops refused to do so.

Lieutenant General Dhillon said that besides maintaining peace and security, the army personnel have been going to villages and helping people to talk to their relatives via mobile and satellite phones.

Moreover, the Army is also providing them with treatment and free medicines and ferrying them to other places for further treatment.

He said, "The Valley is completely peaceful. There is no need to panic. But there are certain security restrictions basically for the safety and security of the 'Awam' (people)".

Security has been beefed up across J&K after the government revoked Article 370 that gave Kashmir special status.

Reports on Friday said that normalcy was fast returning to J&K and schools and colleges were directed to function normally from Saturday.

Jammu district Deputy Magistrate Sushma Chauhan said that Section 144 (which restrict the gathering of more than 4 people) has been withdrawn from Jammu Municipal limits.

In an official statement, she also informed that all school and colleges will open from Saturday i.e August 10.