Apna Dal (S) issues stern warning to BJP, says 'we can go to any extent'

Apna Dal (S) has accused BJP of not respecting it in the state of Uttar Pradesh. "Change your behaviour," the party has warned its alliance partner. 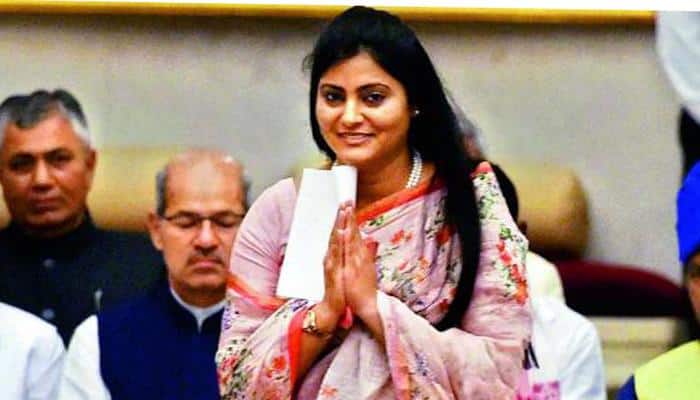 Lucknow: NDA constituent Apna Dal (Sonelal) Monday warned its ally BJP of going to "any extent" if it does not change its attitude to smaller parties in the ruling coalition.

Apna Dal (S) president Ashish Patel told party members in Lucknow that the party can take "any decision" but declined to elaborate.

"Our party (Apna Dal-S) has been in alliance with the BJP since 2014 and is discharging the alliance dharma with full honesty. But in Uttar Pradesh it is not at all getting the respect, which it deserves," he said addressing a meeting.

Patel said, "You (BJP) should change your behaviour, otherwise our leader (Union minister Anupriya Patel) can take any decision or go to any extent. Whatever decision our leader takes, the entire party will support it."

He also said that he is not giving threats, but making requests.

"Our demand is that the BJP government in the state should end the sadness prevailing among the Dalits and backwards caste people. How this will be done? You know it," Patel said.

He said though Anupriya Patel is the Union minister of state for health and family welfare, she does not get invites to the programmes pertaining to schemes of her ministry.

"Apart from this, the BJP government in the state has grossly ignored Apna Dal (S) in appointing chairpersons and other officials of corporations. There is a section of people in the BJP, which does not want that Prime Minister Narendra Modi is re-elected in 2019 Lok Sabha polls and it is this section of the BJP, which is torturing us," he said.

In October 2014, fissures within the Apna Dal became public for the first time, as the party's then national general secretary Anupriya Patel was removed from her post.

Delhi to be engulfed by dense fog, temperature set to drop