Chief of the Army Staff General Bipin Rawat on Sunday embarked on a five-day official visit to the Maldives. The visit is aimed at strengthening close bilateral defence ties between the two nations. 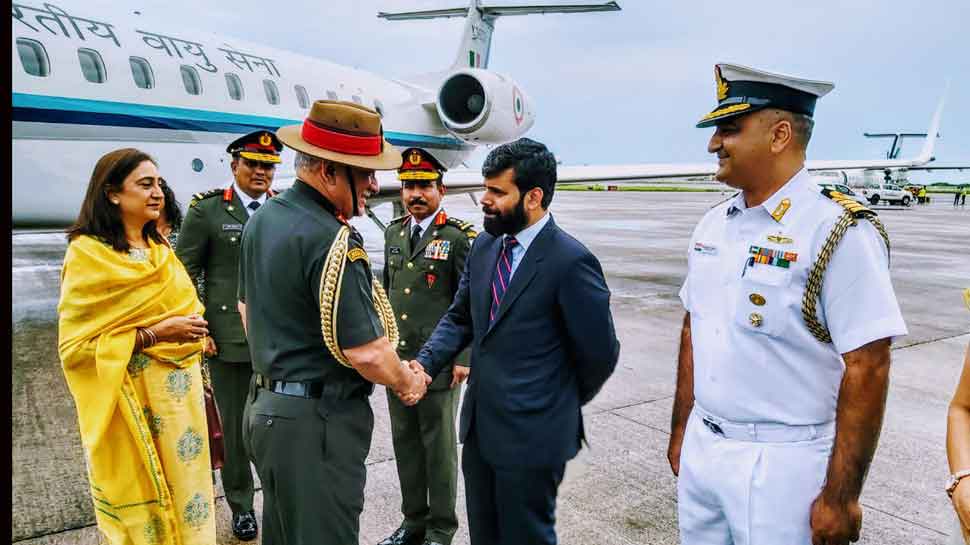 New Delhi: Chief of the Army Staff General Bipin Rawat on Sunday embarked on a five-day official visit to the Maldives. The visit is aimed at strengthening close bilateral defence ties between the two nations.

General Rawat will interact with the hierarchy of the Maldivian government and armed forces, according to a press release issued by the government on Sunday.

General Bipin Rawat #COAS arrived in #Maldives today on his visit till 03 October 19. The visit is aimed at strengthening close bilateral defence ties between the two nations. #COAS is scheduled to meet the national & armed forces leaders on wide ranging issues.#IndianArmy pic.twitter.com/GAUBGKetcs

During his visit, the Army chief is scheduled to meet the President of Maldives, Ibrahim Mohamed Solih and the Minister of Defence Mariya Ahmed Didi, Foreign Minister Abdullah Shahid, and chief of National Defense Forces Major General Abdulla Shamaal.

The press release said that the Maldives has always prime importance for India due to its centrality to Indian Ocean region.

Speaking about their enhanced cooperation, the press release said India extends full support to enhance capacity and capability development of Maldives army as an equal partner.

During the Army chief's visit, talks on exchanging military vehicles and military equipment to further cement the military relationship will take place.

When Mahatma Gandhi survived a lynch mob in South Africa