The video has been captured on hand-held Thermal Imager an infiltration or attempted BAT action by Pakistan on September 12-13, 2019 was seen and eliminated. 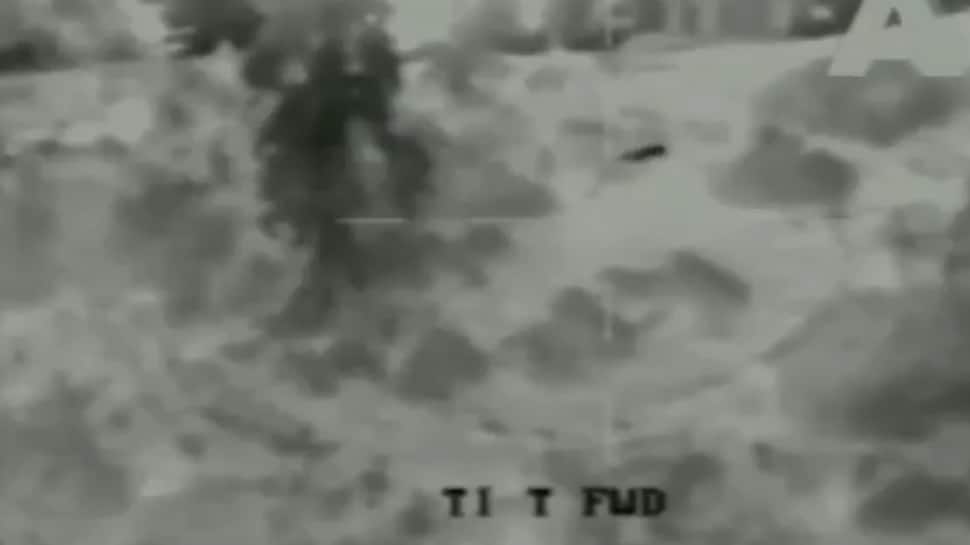 Indian Army on Wednesday released a video of infiltration or attempted Border Action Team (BAT) action along the Line of Control in Jammu and Kashmir by Pakistan Army, which continues to push terrorists into India. In the video captured on hand-held Thermal Imager an infiltration or attempted BAT action by Pakistan on September 12-13, 2019 was seen and eliminated, ANI reported. The video shows Indian troops launching grenades at Pakistan's SSG (Special Service Group) commandos/terrorists using Under Barrel Grenade Launchers.

It is to be noted that Indian troops killed a Pakistani soldier Sepoy Ghulam Rasool on September 10-11 in Hajipir Sector of POK. Rasool belonged to Punjab Regiment of Pakistan Army and was a resident of Bahawalnagar in Pakistan's Punjab. According to Indian Army sources, Pakistan attempted infiltration in the same area on intervening night of September 11-12 and September 12-13. Sources added that the attempt could have been for BAT action as well. The area reportedly has Pakistani SSG troops and Indian troops engaged these intruders in a professional manner resulting in one more Pakistan casualty on September 12-13.

Army sources told Zee Media that Pakistan Army is trying to do BAT actions all along LOC but Indian troops are cautious and alert to counter any such activity. The Indian Army recently thwarted two BAT action - one in Gurez and one in Hajipir sector. In Gurez sector, bodies of Pakistani infiltrators are still lying on LOC, while Pakistan Army claimed the bodies of infiltrators in Hajipir. Most vulnerable areas for BAT action are Machhil, Gurez, Keran, Poonch sectors of Jammu and Kashmir.

It may be recalled that Indian Army had released a video of a failed infiltration attempt by a BAT along the Line of Control in Keran sector of Jammu and Kashmir on September 9. In the video, the bodies of the eliminated BAT personnel can be seen lying on the ground along with their equipment.

According to Army, the infiltration bid by the BAT personnel took place in the first week of August. It may be recalled that few days ago the Army had said that four bodies of possibly BAT personnel or some terrorists had been located along the LoC inside the Indian territory in Keran sector. In the video, the bodies of the eliminated BAT personnel can be seen lying on the ground along with their equipment.