Article 370 was gateway to terrorism in India: Amit Shah on birth anniversary of Sardar Patel 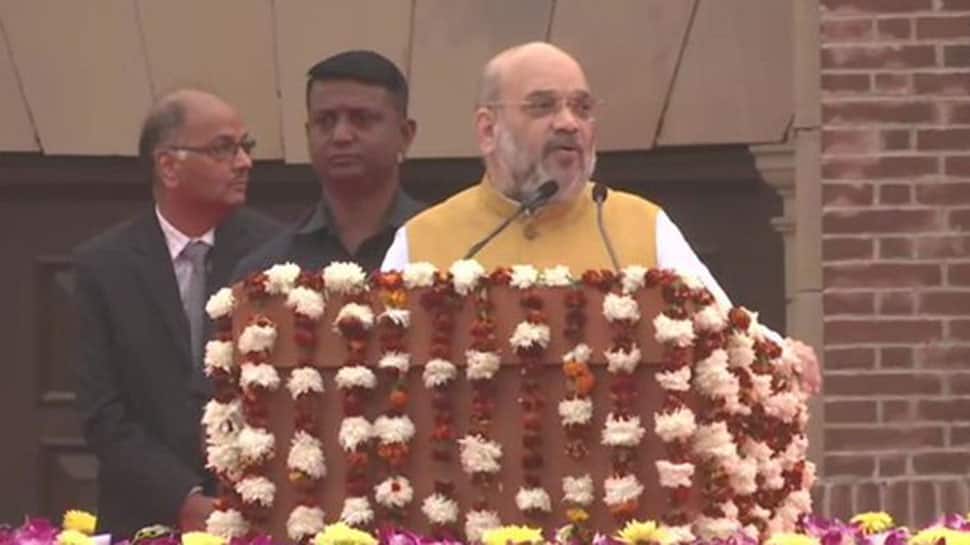 Union Home Minister, Amit Shah, on Thursday, said that Article 370 was the gateway of terrorism in India, adding that it was under the leadership of Prime Minister Narendra Modi that the task of merging Jammu and Kashmir with India was completed by the abrogation of Articles 370 and 35A. He called this merger the unfinished dream of Sardar Vallabhai Patel

Addressing the gathering on the occasion Shri Shah said that Sardar Patel is the reason for a united India. He added that the nation would forever be grateful to Sardar. Expounding on the history of India's unification, Shah said that at the time of Independence, India was divided into more than principalities by the British and the existence of a unified India was a challenge. It was only tireless perseverance by Sardar Patel, in spite of challenges, which led to the unification of India, said Shah.

Shah asserted that Run for Unity is a way for the people of India to reaffirm our commitment to a United, strong India and a fitting tribute to Sardar Patel. He noted that the merger of Jammu and Kashmir with India was the unresolved question of Indian unification because of Articles 370 and 35A.

He also remembered former prime minister Indira Gandhi on her death anniversary. He remarked that Sardar Patel was not given his due for many years after independence. He said that the Statue of Unity, at 182 m, is one of the tallest statues in the world and a fitting tribute to Sardar Patel and a recognition of his contributions to India.

Shah said that under the leadership of PM Modi, India has become one of the fastest growing and largest economies of the world and is well poised to become a $5 trillion economy by 2024. He called upon everyone to commit themselves to building a strong, united New India. Shah, after his address, administered the Pledge of Unity to all the participants and officials present at the venue.