Naidu had visited Arunachal Pradesh on October 9 and addressed a special session of the state assembly. 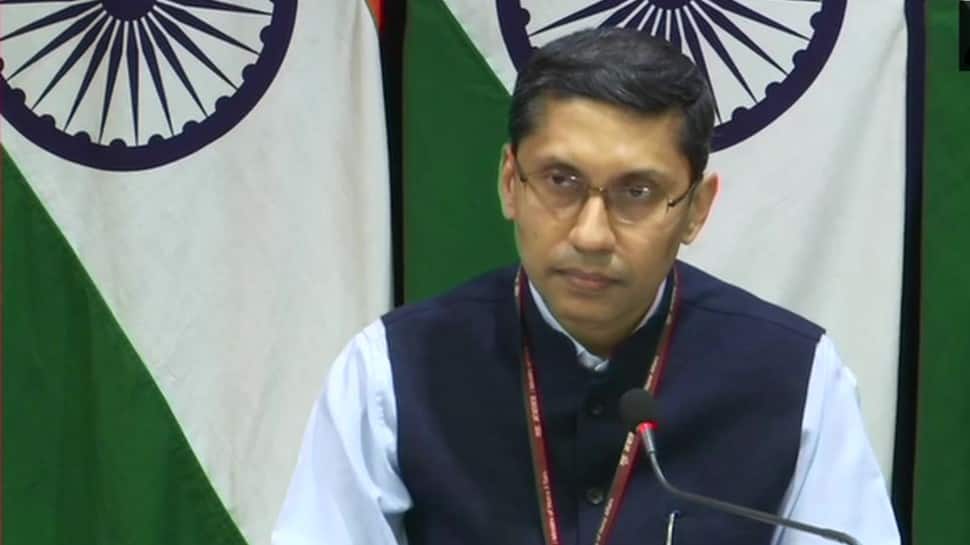 New Delhi: In a strong-worded message, the Ministry of External Affairs on Wednesday (October 13) rejected the objections made by China to Vice President M Venkaiah Naidu’s recent visit to Arunachal Pradesh.

Responding to questions from the media on the issue, MEA spokesperson Arindam Bagchi said that Arunachal Pradesh is an integral part of India and the Chinese claims are unreasonable.

“We have noted the comments made today by the Chinese official spokesperson. We reject such comments. Arunachal Pradesh is an integral and inalienable part of India. Indian leaders routinely travel to the state of Arunachal Pradesh as they do to any other state of India. Objecting to the visit of Indian leaders to a state of India does not stand to reason and understanding of Indian people,” said MEA in a statement.

“Further, as we have mentioned earlier, the current situation along the LAC in the Western Sector of the India-China border areas has been caused by unilateral attempts of Chinese side to alter the status quo in violation of the bilateral agreements. Therefore, we expect the Chinese side to work towards early resolution of the remaining issues along the LAC in Eastern Ladakh while fully abiding by bilateral agreements and protocols rather than trying to link unrelated issues,” it added.

Naidu visited Arunachal Pradesh on October 9 and addressed a special session of the state assembly during which he said the visible transformation of the northeast is clear evidence of a resurgence in the region's pace of development which remained neglected for decades.

China said that it is firmly opposed to the VP's visit to the state as it has never recognised it.

“China's position on the boundary issue is consistent and clear. The Chinese government has never recognised the so-called Arunachal Pradesh established unilaterally and illegally by the Indian side and is firmly opposed to the Indian leader's visit to the area concerned,” Chinese Foreign Ministry spokesman Zhao Lijian said.