"The way PM Modi treats state governments run by non-BJP parties looks as if he is the Prime Minister of Pakistan." 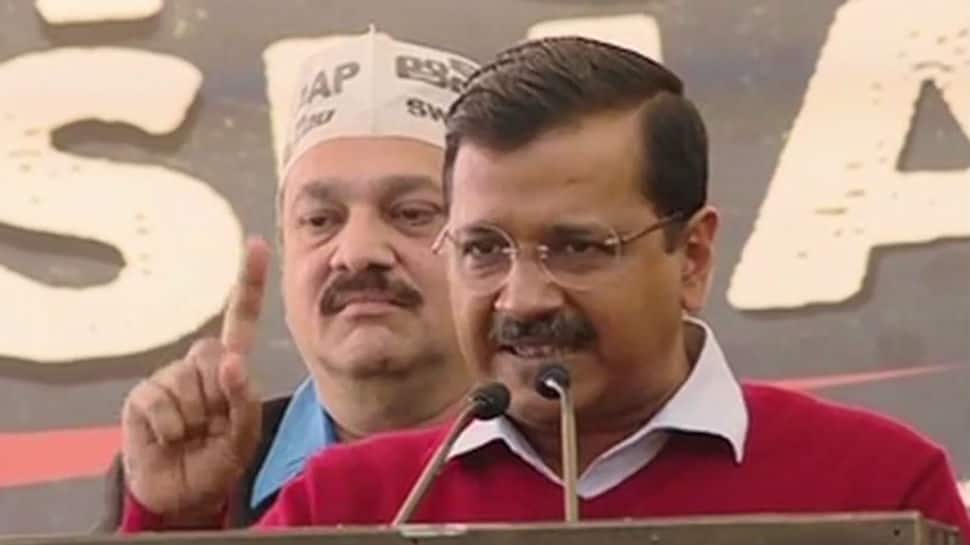 "It is unfortunate that the Chief Minister and thousands of people from Andhra have to demonstrate here for special status for the state. This poses a big question on the country`s federal structure," said Kejriwal at the Andhra Bhavan here where the Telugu Desam Party President is on fast asking the Centre to give special category status and fulfil other commitments made in the Andhra Pradesh Reorganisation Act, 2014.

"The PM at least thrice publicly declared he would give special status to Andhra. He is world famous for lying. Whatever he says, he never fulfills. Even (BJP chief) Amit Shah says that whatever they say is nothing but `jumla` (fake promise)," he said.

Claiming that PM Modi had pledged to give special status to Andhra Pradesh at the Tirupati temple, he said: "A person who backs out on his word given in front of god cannot be trusted."

The AAP leader pointed out how PM Modi had the Anti-Corruption Branch of the Delhi government seized by paramilitary forces.

"Now he sent 40 CBI officers to arrest Kolkata`s Police Commissioner to send a message to the police and bureaucracy in all states that they should not be loyal to state governments but to the Centre," he alleged.

Calling it a conspiracy, he said: "Had he succeeded, the federal structure of the country would have collapsed. I salute Mamata didi for the way she drove out those 40 CBI officers."

Kejriwal called upon the people to defeat the Modi-Shah pair in the Lok Sabha elections. "This is an important election. If Modi and Shah come back again, the nation won`t survive."

Priyanka Gandhi Vadra joins Twitter: Thousands of followers in minutes but here's who she is following