Khattar's statement comes at a time when farmers across the country are on a 10-day strike to press their demands, including loan waiver and right price for crops. 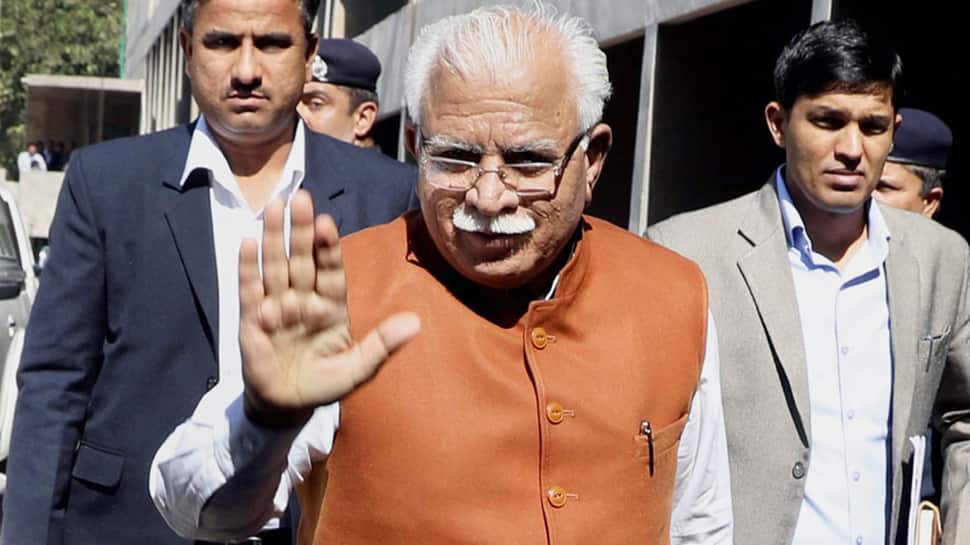 NEW DELHI: Amid the 10-day agitation called by farmers, Haryana Chief Minister Manohar Lal Khattar on Friday stirred a controversy by claiming that the strike focusses on unnecessary things. "Farmers don't have any issues, (they are) just focusing on unnecessary things," Khattar said. Asking the farmers to sell their produce, he advised them that not selling it will only bring more losses to them.

#WATCH: Haryana CM Manohar Lal Khattar speaks on farmers' strike, says, 'they don't have any issues, they are just focusing on unnecessary things, not selling produce will bring losses to farmers.' (01.06.2018) pic.twitter.com/CFY7dzgj2g

Apart from Khattar, Madhya Pradesh Agriculture Minister Balkrishna Patidar also dismissed the issue and claimed that farmers are happy with the State and Central government. "It's 2nd June today. Where is the strike happening? No farmers are participating in the strike. Farmers are happy with the schemes CM has launched for them. They have faith that State and Central government will solve their problems," he said.

His statement comes at a time when farmers across the country are on a 10-day strike to press their demands, including loan waiver and right price for crops. Protesting farmers have dumped vegetables, milk and other farm produce on roads and blocked supplies to cities in several states.

Farmer organisations have also called for boycott of mandis or wholesale markets in Punjab, Haryana, Uttar Pradesh and Madhya Pradesh, leading to fears of shortage and price rise. On the last day of the protest on June 10, the farmers' bodies will orgainse 'Bharat Bandh'.

The decision to stop supplies starting from June 1 till June 10 was taken by farmers under the banner of Kisan Ekta Manch and Rashtriya Kisan Maha Sangh. A meeting of the coordination committee of these two farmers organisations, which claim to be representing 172 farmer outfits, was held last month to give final shape to the programme.

The farmer organisations have alleged that the central government has failed to address their issues pertaining to low income, farmer suicides and debt. "We have been demanding minimum income guarantee scheme, implementation of Swaminathan Commission report and waiver of farmers' debt," Balbir Singh Rajewal, president, Bhartiya Kisan Union (BKU) said. He said the protest was getting a good response, adding that no farmer was being forced to stop the supply of produce and milk to urban areas.