As farmers' protest enters Day 4, prices of vegetable and fruits soar; no truce in sight

Several Opposition leaders raised their voice against the Centre on social media. 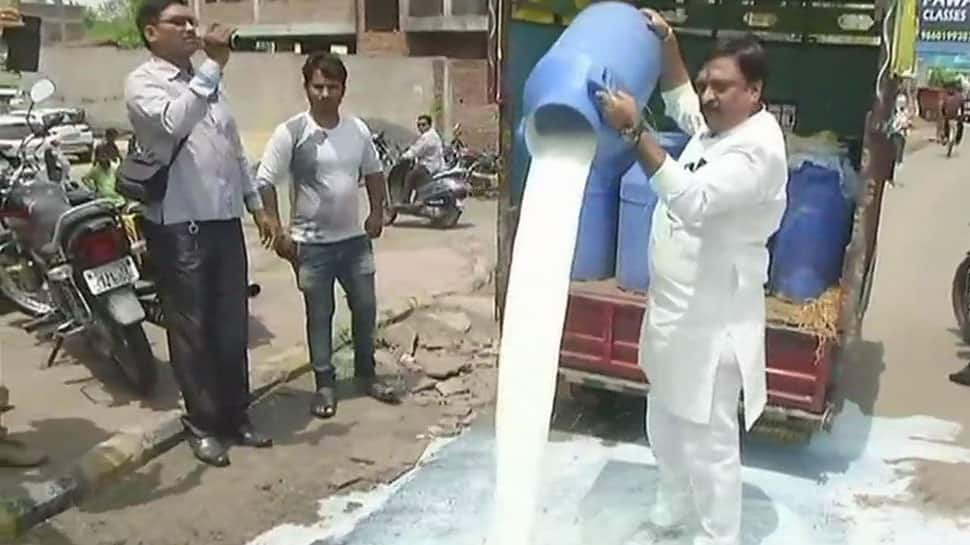 In Delhi, prices of vegetables like french beans and ginger soared by a whopping Rs 40 per kilo, while some registered a marginal increase. “Low supply and high demand of items lead to the increase in the prices,” a Mayur Vihar-based vegetable seller told Zee News. 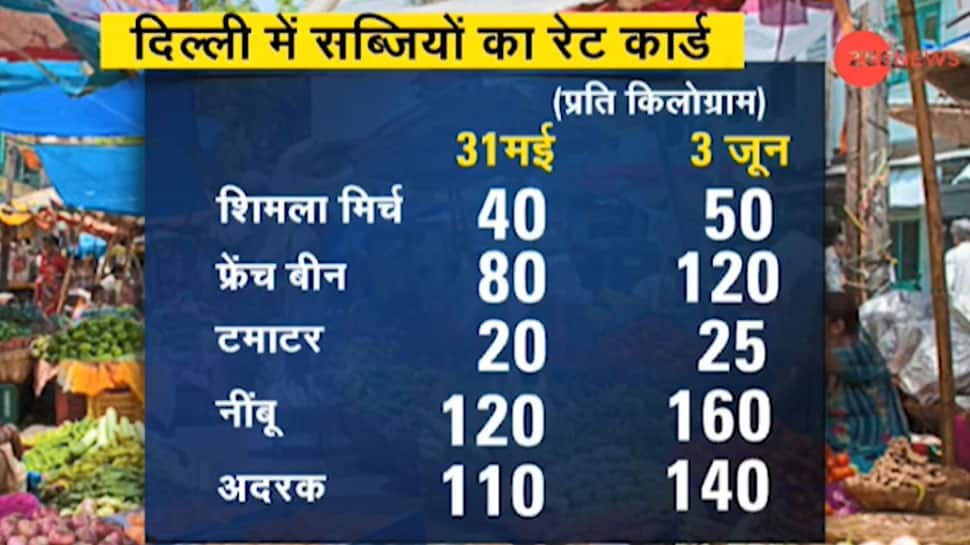 Farmers stopped the supply of essential items, scattered milk and other field-produce on the streets, to register their protest. There have been no reports of violence in the ongoing agitation. Overall, the protest remained peaceful, even as Opposition tried to target the BJP-ruled Centre over the agitation. Vegetables were sold at some places under police protection.

"The farmers are supporting the agitation in a big way because of which the supplies are not reaching the cities (from villages). The government is trying to break the protest but has failed" Aam Kisan Union chief Kedar Sirohi told IANS.

Several leaders of the Opposition raised their voice against the Centre on social media.

Communist Party of India (Marxist) leader Sitaram Yechury tweeted, “Farmers feed the country. Modi's ministers mock the annadaatas by terming their protests a bid for 'publicity'. This from a govt that spends Rs 4,343 cr on its own publicity, and has "no money" to ensure that farmers get their due.”

Farmers feed the country. Modi's ministers mock the annadaatas by terming their protests a bid for 'publicity'. This from a govt that spends Rs 4,343 cr on its own publicity, and has "no money" to ensure that farmers get their due. #Criminal #CallousGovernment pic.twitter.com/cM2psBpLGw

Former Gujarat Pradesh Congress Committee president Arjun Modhwadia, “Due to Demonetisation, GST & stress on farmers income, Rural wage growth down from 8.4% under UPA to 0.2% under NDA, farmers now not getting support price: Crisil!”

Due to Demonetisation,GST & stress on farmers income,Rural wage growth down from 8.4% under UPA to 0.2% under NDA, farmers now not getting support price: Crisil!
Where is development? Only in #LootIndiaLoot move!! https://t.co/MVD3IoyX2f pic.twitter.com/a5qWP6EmIA

Former Haryana Chief Minister Bhupinder Singh Hooda claimed the anti-farmer policies of the BJP governments at the Centre and in the state had delivered a cruel-blow to the peasants. "The farmer is being robbed of his produce. Whether it is paddy, mustard, cotton, millet, poplar, onion, tomatoes or potatoes, the peasants are forced to sell their produce at throwaway prices. Low prices have pushed the farmer into deep debt. When the farmer is unable to repay his debt, this government auctions their land," Hooda said warning the government against such policies.

He alleged the Modi government seemed only interested in appeasing and helping rich industrialists. "The indebted farmer has been forced to pay the premium under the Fasal Bima Yojna and gets no compensation while the private insurance companies have made a windfall profit of Rs 9,000 crore. The government has been helpless against people like Nirav Modi and Vijay Mallya, but is coming heavily after the poor farmers," he said continuing his attack.

He said the government was responsible for farmers not being able pay back loans. "How will the farmer repay his loans if he does not get a fair price for his produce? If the sugar mills are not clearing their dues, does the government have any face to ask the farmers to repay their debts?" the senior Congress leader asked.

The 10-day Gaon Bandh (rural shutdown) farmer protest was called ahead of the first anniversary of the death of several farmers in police firing in the state`s Mandsaur. The protest started on Friday demanding loan waiver, higher prices for their produce and immediate implementation of the Swaminathan Commission report on farming.

Kisaan groups have also called for a nationwide bandh on June 10.