As India rules out Trump's claim on Kashmir, US official says 'President doesn't make things up'

Trump's Chief Economic Advisor said that it is on the US President and US Secretary of State Mike Pompeo to elaborate on the issue. 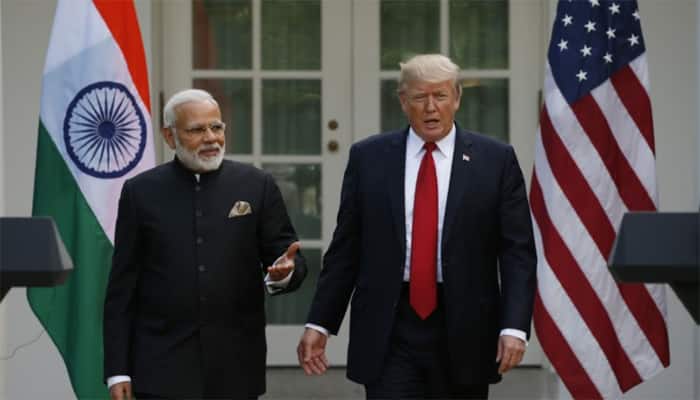 Donald Trump’s Chief Economic Advisor Larry Kudlow has dismissed India’s claim that Prime Minister Narendra Modi did not ask the US President to mediate between New Delhi and Islamabad on the Kashmir issue. When asked about India’s denial on Trump’s remark on Kashmir, Kudlow said, “The President does not make things up”.

In a brief press meet, the US official was asked by a reporter, “The President said that he has been asked by Indian Prime Minister Modi to mediate between India and Pakistan. India has said that it is not even close to truth. Did the President just make that up?”

Responding to it, Kudlow said that the question was “very rude”, adding that the US President “does not make things up”. He refused to comment further on the issue, saying it is on President Trump and US Secretary of State Mike Pompeo to elaborate on the issue.

Larry Kudlow says "the president doesn't make things up." And he says it's "very rude" to assert otherwise. pic.twitter.com/vZQhMRMnrr

This comes after India categorically denied any such discussion taking place between Prime Minister Modi and Trump. Issuing statement in both Lok Sabha and Rajya Sabha, External Affairs Minister S Jaishankar on Tuesday said that the Prime Minister never asked the US to mediate on the issue of Kashmir, citing the Shimla agreement and Lahore declaration.

“I would like to categorically assure the House that no such request has been made by PM Modi. It has been India's consistent position that all outstanding issues with Pakistan are discussed only bilaterally. Any engagement with Pakistan would require an end to cross-border terrorism," said the External Affairs Minister.

He further said, “The Shimla Agreement and the Lahore declaration provide the basis to resolve all issues between India and Pakistan bilaterally.”

Following India’s denial, the US State Department on Tuesday went in damage-control mode. A statement issued by the department said that Kashmir is a bilateral issue between India and Pakistan, adding that the US was ready to assist both the countries.

In a joint press conference with Pakistan Prime Minister Imran Khan, Trump had said that Prime Minister Modi had asked him to mediate on the Kashmir issue.