US in damage control mode over Trump’s remark, says Kashmir a bilateral issue between India and Pakistan

Kashmir is a bilateral issue for both India and Pakistan to discuss, said a statement released by US State Department. 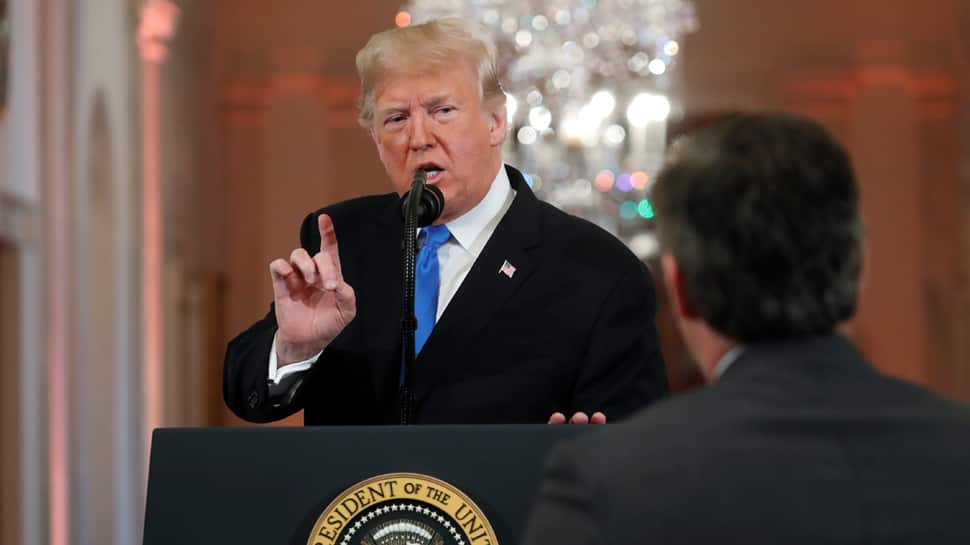 Even as the opposition parties in India attempted to corner Prime Minister Narendra Modi-led NDA government over the issue of US President Donald Trump’s remark on mediation in Kashmir, the US administration went in damage control mode, calling the issue a “bilateral” one between India and Pakistan.

A statement released by US State Department read, “Kashmir is a bilateral issue for both India and Pakistan to discuss”. The spokesperson, however, added that “The Trump administration welcomes Pakistan and India sitting down and the United States stands ready to assist”.

“We will continue to support efforts that reduce tensions and create an environment conducive for dialogue. This first and foremost means tackling the menace of terrorism. As the President indicated, we stand ready to assist,” said the US State Department spokesperson.

The statement by Trump during joint press briefing with Pakistan Prime Minister Imran Khan, meanwhile, led to uproar in the Rajya Sabha. Union External Affairs Minister S Jaishankar told the House that there was no mediation request made by Prime Minister Modi, but the opposition demanded that a clarification must be given on the issue by the PM himself.

“I would like to categorically assure the House that no such request has been made by PM Modi.  It has been India's consistent position that all outstanding issues with Pakistan are discussed only bilaterally. Any engagement with Pakistan would require an end to cross-border terrorism...The Shimla Agreement and the Lahore declaration provide the basis to resolve all issues between India & Pakistan bilaterally,” said the External Affairs Minister.

In a joint press briefing with Imran Khan, the US President had earlier said, "I was with Prime Minister Modi two weeks ago and we talked about this subject and he actually said 'Would you like to be a mediator or arbitrator', I said 'Where', He said 'Kashmir'. Because this has been going on for many, many years... I think they would like to see it resolved and you (Imran Khan) would like to see it resolved. If I can help, I would love to be a mediator."

What is Lahore Declaration