The MLAs will be shifted after the Congress Legislature Party meeting in the hotel, sources said, adding, CM Gehlot will address the MLAs. 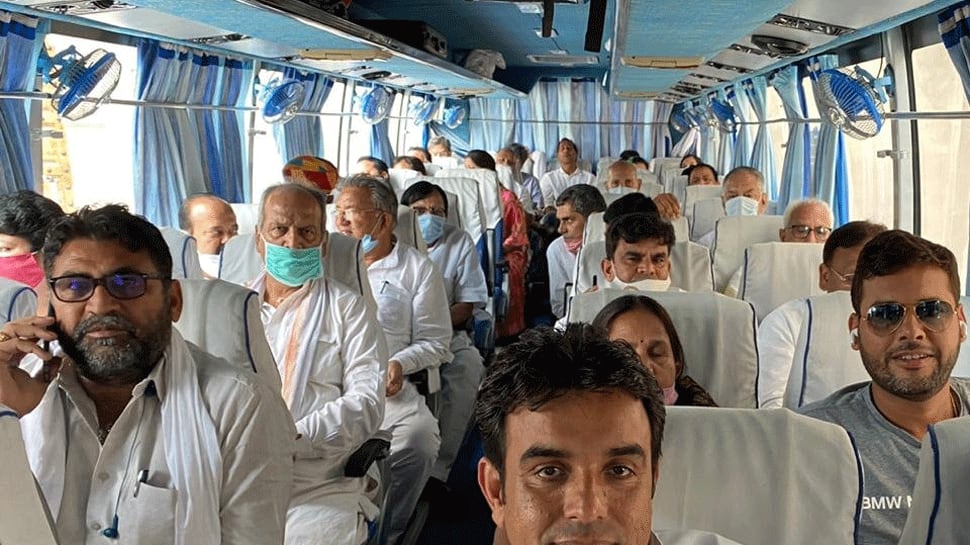 JAIPUR: The MLAs of the Ashok Gehlot camp, who have been staying at the Fairmont Hotel on the Jaipur-Delhi Highway since the political crisis hit Rajasthan, were shifted to Jaisalmer on Friday (July 31). The MLAs will be shifted after the Congress Legislature Party meeting in the hotel, sources said, adding, CM Gehlot will address the MLAs.

As per reports, the MLAs will stay there until state Assembly convenes on August 14.

The MLAs have been staying in the hotel since July 13 after Sachin Pilot and 18 other Congress MLAs rebelled against the government, triggering the political crisis.

The sources did not elaborate on the reasons for shifting the MLAs.

On July 30, CM Gehlot indicated that he will seek a confidence vote when the assembly convenes next fortnight and claimed that the money offered to the MLAs to switch sides had increased sharply ahead of the session. "The floor test will happen; we are going to the assembly. The BAC decides this," he told reporters, referring to the assembly's business advisory committee.

He said the House will also discuss the coronavirus pandemic and the state's economy after the lockdown. He also asked the rebels MLAs to return to the party, saying "those who did not accept money should return to Congress fold."

Gehlot accused BSP supremo Mayawati of acting at the behest of the BJP, referring to her party's petition in the high court challenging the merger of six BSP MLAs with the Congress last year.

The Chief Minister claimed that MLAs have been getting calls after Governor Kalraj Mishra agreed Wednesday night to convene a session from August 14. He said earlier the 'rate' was Rs 10 crore as the first instalment and Rs 15 crore as the second.

"Now, it is being asked how much do you want? This means that the rate has increased. Everyone knows who is doing the horse-trading," he was quoted as saying by PTI.

Rajasthan CM Gehlot is trying to save his government after Sachin Pilot and 18 other Congress MLAs rebelled. The Congress has accused the BJP of being behind the conspiracy to topple the state government.