According to the Assam State Disaster Management Authority, a population of 16,03,255 has been affected in 22 districts of Assam and at present, 12,597 people are staying in 162 relief camps. 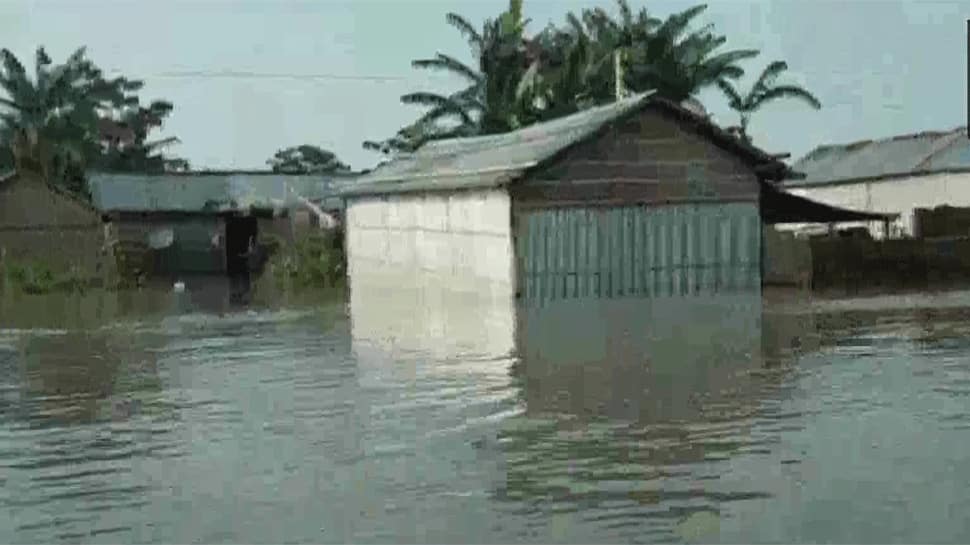 Dispur: Over 16 lakh people have been affected in 22 districts of Assam due to floods, state Disaster Management Authority informed on Friday (July 3, 2020). One death was reported in Matia district on Thursday, taking the death toll to 34.

According to the Assam State Disaster Management Authority, a population of 16,03,255 has been affected in 22 districts of Assam and at present, 12,597 people are staying in 162 relief camps. The 22 affected districts include Dhemaji, Lakhimpur, Biswanath, Darrang, Nalbari, Barpeta, among others.

Meanwhile, locals sought the government's help saying, "No one from the government has come to inspect our area. State government should help us and provide some relief. The situation is very bad here."

Heavy rains have created havoc across several districts across the state. The India Meteorological Department (IMD) on Monday predicted generally cloudy sky with a few spells of rain or thundershowers for the next 4 days in Dibrugarh.

Normal life was disrupted after villages situated in Kalakhowa area of Dibrugarh flooded due to heavy rainfall and waterlogging in the state. A similar situation was faced by the villagers of Tinsukia district. Meanwhile, locals in the Guijan area were moved to safer places.

On June 28, Union Home Minister Amit Shah took stock of the rising water level of various rivers in the state and resultant floods, landslides taking place due to heavy rain.