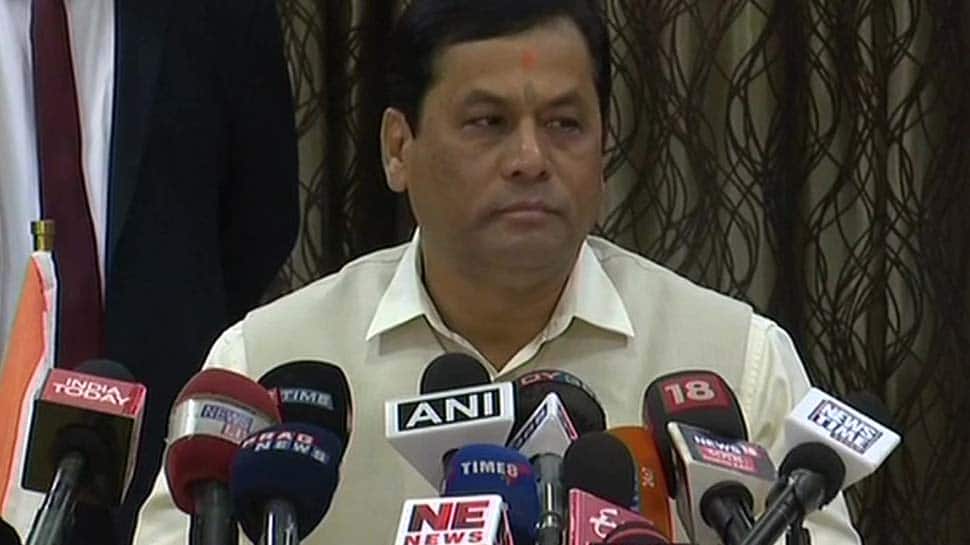 Assam Chief Minister, in a press conference, assured the people that "no one can steal the rights of the sons of the soil of Assam".

"I want to assure people that no one can steal rights of the sons of the soil of Assam, there is no threat to our language or our identity," he was quoted as saying by ANI.

Sonowal claimed that they will always have people's support. He said. "In no way will the honour of Assam be affected. We will always have the support of the people and will move forward with peace in the state."

The CM assured that he is ready to talk to resolve the issue. He said, "Some outside force is linked to this agitation against CAA in Assam. Some people are misleading and not clarifying what CAA is and trying to create unrest. We are giving government ads to clarify that Assamese people will not be affected. I have asked organisations to come forward for table talks to resolve the issue."

"Situation is improving. I want to thank the people of Assam who believe in peace and tranquility. There is no political motive, it's a national commitment," he added.

At least four deaths have been confirmed since the anti-Citizenship Amendment Act protests rocked the state. The casualties have been reported from Tinsukia, Dibrugarh and Guwahati.

Protests broke out in the northeastern state on December 11 after the Citizenship Amendment Bill 2019 was passed in the Rajya Sabha. To bring the situation under control internet services were snapped in several places. An indefinite curfew had also been imposed in Guwahati, Dibrugarh, Barpeta, Nalbari, Jorhat, Golaghat, Sonitpur, Tezpur and Biswanath.

The state government had restored broadband services on Monday, after the intervention by the Guwahati High Court, but mobile internet had remained suspended.

Meanwhile, all schools and colleges will remain closed till December 22, 2019.