The Vajpayee government took other ambitious schemes of connecting all villages by all-weather roads through Pradhan Mantri Gram Sadak Yojana. 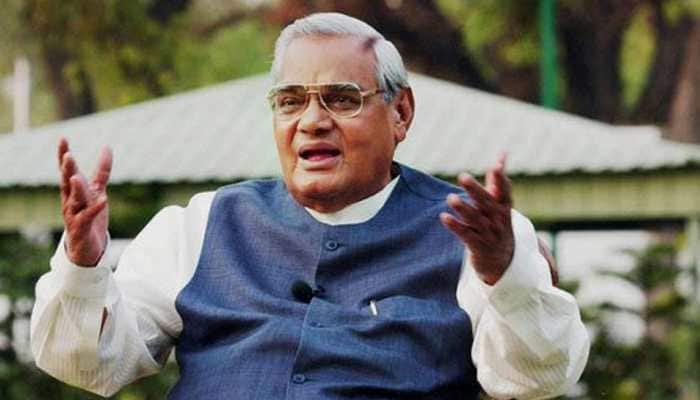 New Delhi: A politician with a difference -- Atal Bihari Vajpayee ruled the country as its Prime Minister for a brief period in 1996, and then from 1998 to 2004. A towering nationalist, he is also credited with softening the politics of the Bharatiya Janata Party (BJP). He was conferred India's highest civilian honour Bharat Ratna by the then President Pranab Mukherjee in 2015.

His birthday on December 25 is marked as Good Governance Day. He slowly withdrew from public life due to his ill health and died on August 16, 2018, due to age-related illness.

The son of a school teacher, Atal Bihari Vajpayee began his career as a journalist and edited popular journals like Swadesh, Veer Arjun, Rashtra Dharma, and Panchajanya. As the president of Bharatiya Jan Sangh, which later became the BJP, Vajpayee strived hard to build it from scratch.

Between 1957 and 2009, he was elected to Parliament 10 times, and as Minister for External Affairs in the Janata Party government, he left an indelible imprint on India’s foreign policy. After becoming prime minister, he had to face several hurdles, but he managed to implement several development programmes that put the country's economy on a sounder footing.

Several distinguished economists believe that the Vajpayee government's policies helped India achieve a sustained GDP growth rate of over 8 per cent per annum between 2003-2007.

The most visible development of the Vajpayee era can be seen on the road. His government envisioned the idea of a "one nation, one road" that was executed as the Golden Quadrilateral project connecting the four great metropolitan cities of India - Delhi, Mumbai, Chennai, and Kolkata. This is the longest highway project in India, number fifth in the world.

The Vajpayee government took other ambitious schemes of connecting all villages by all-weather roads through Pradhan Mantri Gram Sadak Yojana. He took several other steps, including economic reforms, that contributed to shaping India as an emerging economy on the global forum.

1. The Atal Bihari Vajpayee government is known for taking the most audacious step for the security of the nation, and went ahead with nuclear tests at Pokhran in 1998, putting India in the club of nuclear-powered countries.

3. His government is also credited to have introduced the Fiscal Responsibility Act that aimed to bring down the fiscal deficit, thereby, boosting public-sector savings.

5. Vajpayee also started Sarva Siksha Abhiyaan in 2001 to provide universal access to free elementary education for children aged 6-14 years. Within four years of its launch, the number of out-of-school children is reported to have come down to 60 per cent.

7. His government is credited to have established several SEZs and industrial parks, besides initiating changes in the IT industry that led to the complete transformation of the country’s economy.

8. During his regime, the annual Pravasi Bharatiya Diwas was started to involve non-resident Indians in India's economic development.