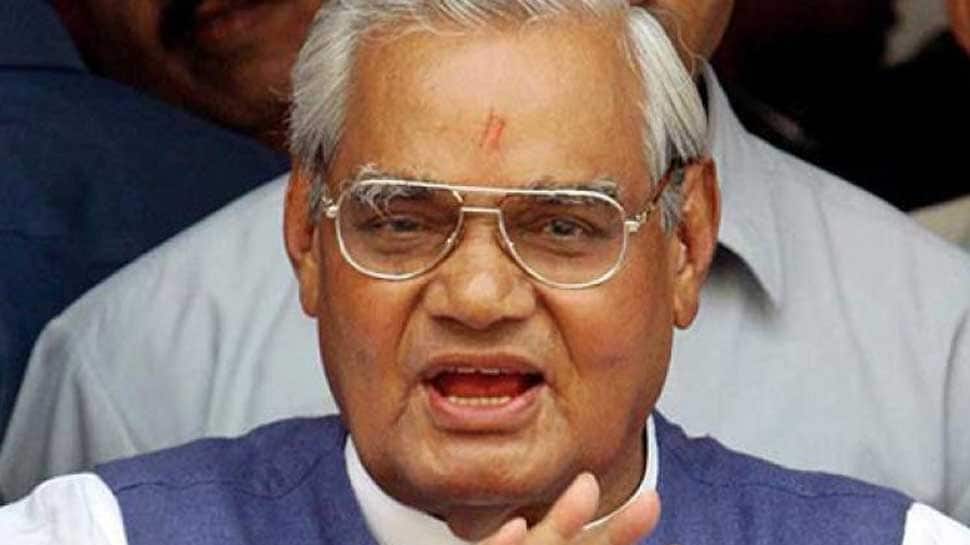 New Delhi: A book authored by the then Navy chief says that Prime Minister Atal Bihari Vajpayee wanted to hit a Pakistani Army camp in the wake of the Parliament terror attack but was forced to drop the plan at the last moment as it got relocated.

In his book "A Prime Minister to Remember: Memories of a Military Chief" (Konark Publishers), Admiral Kumar says that the mood after the December 13, 2001 attack on Parliament by Pakistan-backed terrorists was for immediate retaliation.

"Discussions were focussed on delivering a swift riposte which was the need of the hour and the contingency plan selected was to destroy a huge Pakistani Army training camp for terrorists located across the LoC and deep inside Pakistan Occupied Kashmir (POK)," he says in the 135-page book released here on Friday.

"With our Army units in full readiness and all systems in operation, a last-minute intelligence report caused a huge hiccup. Apparently, the Pakistani Army training camp which was to be targeted had been cleverly relocated to a nearby site, sandwiched between a school and a large hospital.

"Frantic consultations took place and the final decision of Prime Minister Vajpayee was to stand down. Accordingly, this operation was aborted, as striking the selected target would have resulted in unacceptable collateral damage."

Admiral Kumar says that the Operation Parakram that was called after the Parliament attack was not the military`s finest hour.

"It led to a massive dislocation of the armed forces` personnel and infrastructure with unjustified wastage of combat resources since the conflict (with Pakistan) did not take place -- all of this without any clear military aim or objective."

The book says that the Cabinet Committee on Security met after 9/11 to discuss US requests that Indian armed forces should join the US-led coalition for Operation Enduring Freedom, the war against Afghanistan.

"But the devil lay in the details, which precisely specified the tasks for the Indian armed forces."

The Admiral says that Jaswant Singh "waxed eloquent on the need to join this operation as it was part of a global war on terror and could garner international support and so on".

The Admiral says that the extremely observant Vajpayee "must have noticed my look of disapproval".

The Navy chief, along with the chiefs of the Army and Air Forces, then spoke against getting involved in the US war on Afghanistan where the Taliban had sheltered Al Qaeda.

Defence Minister Fernandes had a one-liner: "Our military chiefs have said it all."

The book says: "The Prime Minister had soon realised that there were sharply divided views. But he had also clearly understood that there could be serious implications of committing the Indian armed forces for Operational Enduring Freedom.

"So Vajpayee graciously put the matter to rest with a philosophical quip: `Isko thoda aur sochna padega.` (This may need more thought.)

"And so it was how the matter was quietly buried and the US proposal... never saw the light of the day."