Authorities fear Nipah virus may spread to Goa and Mumbai; hospitals on alert

The Goa health department is constantly in touch with the Kerala government to ascertain the impact and spread of the rare and deadly Nipah virus. 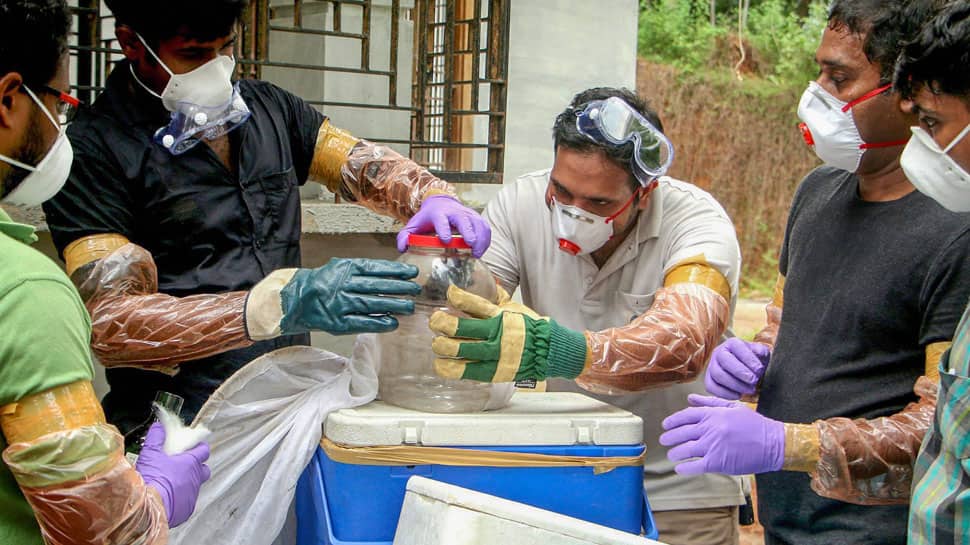 The Goa health department has asked all hospitals to remain alert in the wake of reports of Nipah virus outbreak, which has claimed at least three lives in Kerala. Goa Health Minister Vishwajit Rane said that random checks are also being done on people coming to the state from Kerala. He said that this is being done in accordance with the directives of the central government.

The Goa health department is constantly in touch with the Kerala government to ascertain the impact and spread of the rare and deadly Nipah virus.

Instructions have also been given by the Goa health department to check passengers coming to the coastal state in trains from Kerala. All medical colleges and private hospitals have also been put on alert to tackle any possible case of Nipah virus.

Authorities fear that the deadly virus can spread to Goa and Mumbai in the next few days.

The outbreak of Nipah virus in Kerala has so far claimed three lives, while one person is undergoing treatment and eight are under observation.

Considering the seriousness of the situation, the Centre on Monday rushed a high-level team from the National Centre for Disease Control (NCDC), including its director, Dr Sujeet Kumar Singh and Head of Epidemiology, Dr SK Jain.

According to information available on World Health Organisation (WHO), India has in the past documented human-to-human transmission of the rare Nipah virus. The global health body says that the virus causes severe disease in both humans and animals.

As per a report on WHO website, Nipah is a newly emerging virus, which gets transferred from animals to humans, and it causes severe disease in both animals as well as humans. The natural host of the virus are fruit bats of the “Pteropodidae Family, Pteropus genus”.

The virus first came to light in 1998 when a disease outbreak was reported from Kampung Sungai Nipah in Malaysia. As this suggests, the nomenclature of the disease also comes from the name of the place in Malaysia.

There is no vaccine available for either humans or animals acquiring the rare virus. The primary treatment for human cases is intensive supportive care, says WHO.

Infant killed in ceasefire-violation by Pakistan in J&K's Akhnoor