All age group birds were affected and were found paralysed over wings and legs, showing neck-drooping syndrome. The report said that the birds that reached the centre of the lake survived but those at the edges died. 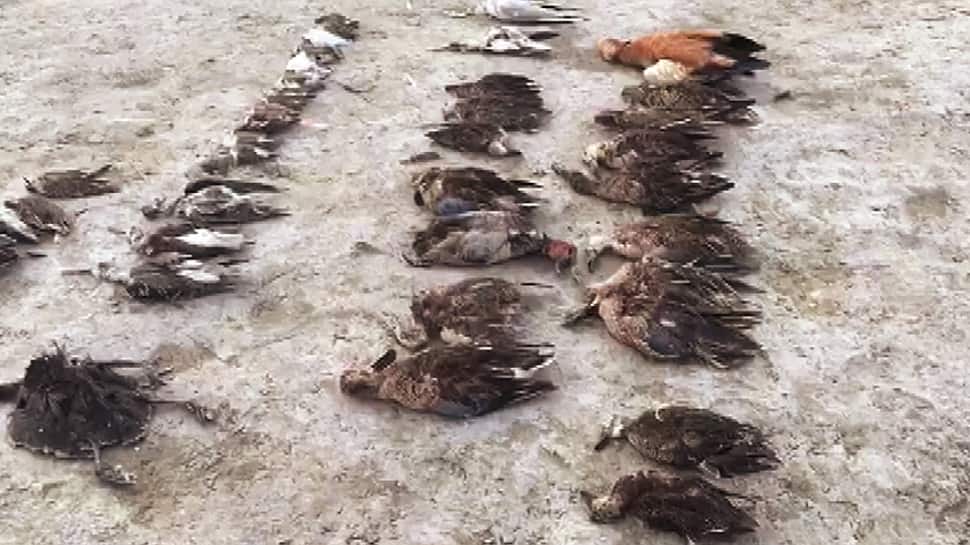 The mass death of over 20,000 migratory birds in Sambhar lake of Rajasthan was caused by avian botulism, according to the Indian Veterinary Research Institute (IVRI). In its report released on Thursday, it said, "Omnivore and insectivore species were most affected."

All age group birds were affected and were found paralysed over wings and legs, showing neck-drooping syndrome. The report said that the birds that reached the centre of the lake survived but those at the edges died.

Owing to heavy rains on July 8, the lake became full up to the brim with more water which reduced its salinity. However, when water evaporated and seeped into so far dry soil, prominently across the edges of this 180 sq km lake bed, it increased the salinity there. Hence, at shores, increase in salinity caused the death of feed of these birds which consumed crustaceans and plankton and preferred to be confined to the lake edges. However, Greater Flamingos, lesser flamingos and other migratory birds, which remained at central areas of this lake, were not impacted by the demise of micro-organisms, so they survived.

The report from Bareilly came amid blame-game by politicians. While Rajasthan Chief Minister Ashok Gehlot asked "why the State Wetland Authority remained dormant for years?", BJP state president Satish Poonia questioned the efforts of the state government which failed to check the deaths of avian fauna. Union Minister Prakash Javadekar wrote a letter asking officials to come and inspect the incident.

Avian Botulism is a strain of botulism that affects birds, mostly waterfowl. This is a paralytic disease caused by the Botulinum neurotoxin (BoNt) of the bacterium Clostridium botulinum. It occurs all over the world and this disease can account for over lakhs of waterbird deaths in a year. This is not contagious but spreads to birds through their consumptions of maggots infected with the toxin. Its presence is extremely hard to detect before the outbreak.

Earlier in November, thousands of birds were seen floating dead in the lake and their carcasses scattered on the edge of the 12 km catchment area. The dead birds seen floating in this largest inland salt lake in the country, include plovers, common coot, black-winged stilt, northern shovelers, ruddy shelduck, and pied avocet among many other migratory birds.

Harsh Vardhan, a renowned environmentalist, told IANS that no forest department official has ever been appointed to look after the lake. The lake comes under the Hindustan Salt Limited, a public limited enterprise formed in the post-independence era to manufacture salt. Its job is to manufacture salt. So who should look after the lake; this has never been decided, he said.

The lake has not been handed to the forest department, and the area, where birds come, is no one`s land. Sambhar lake may be a part of the Hindustan Salt Ltd, but the company has nothing to do with the birds, he says.

The chief wildlife warden Arindam Tomar has maintained silence over the issue. Even, Principal secretary, forest and environment Shreya Guha have washed her hands off the issue. All that she did was to a give statement that the Jaipur and Nagaur District Collectors have been asked to remove the bodies.