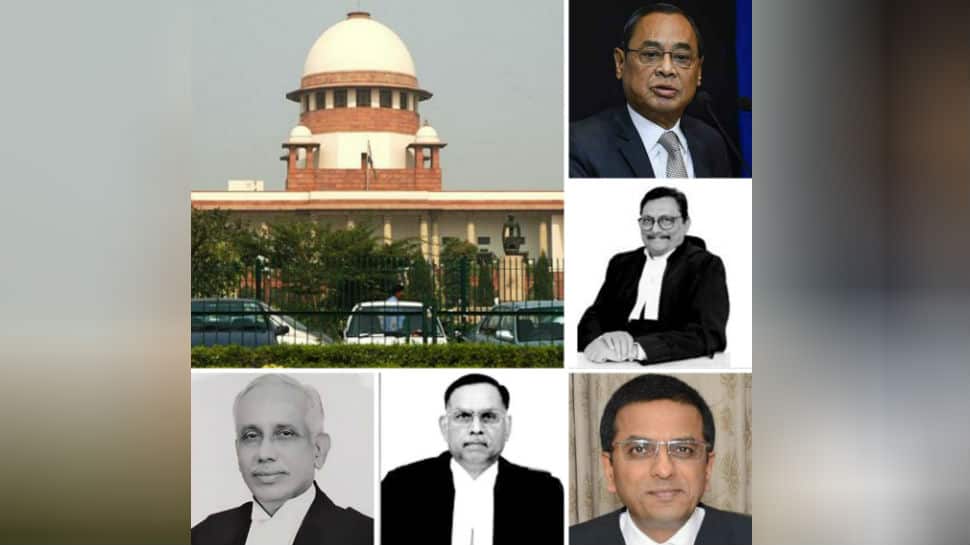 The panel had reserved the judgement on October 17, after 40 days of daily hearing on the matter, which began on August 6.

Here's a look at the five judges who delivered the Supreme Court judgement:

He joined the bar in 1978 and practised at the Gauhati High Court, where he was made a Permanent Judge on February 28, 2001. He was transferred to the Punjab and Haryana High Court on September 9, 2010, becoming its Chief Justice on 12 February 2011. On April 23, 2012, he was elevated as a Judge of the Supreme Court. On October 3, 2018, he was appointed as Chief Justice of India, succeeding Dipak Misra.

Justice Sharad Arvind Bobde will succeed Chief Justice Ranjan Gogoi on November 17. He is a former Chief Justice of the Madhya Pradesh High Court. He is due to retire on 23 April, 2021.

He hails from Nagpur. Justice Bobde became a senior advocate in 1998 and was appointed as an additional judge of Bombay High Court in 2000. He joined as Chief Justice of Madhya Pradesh High Court in 2012 and was elevated as a judge of the Supreme Court in 2013.

He continues to be a visiting Professor of Comparative Constitutional law at the University of Mumbai and Oklahoma University School of Law, USA. During Justice Chandrachud’s tenure at the Supreme Court, he has delivered a large number of landmark judgements on comparative law, constitutional law, human rights law, gender justice, public interest litigation and criminal law.

In February 2017, while serving as a judge of the Karnataka High Court, Nazeer was elevated to the Supreme Court of India. He became only the third judge ever to be elevated in this way, without first becoming the chief justice of some high court.