The top officials are vigilant across the nation to avoid any untoward situation. Here is what the top leaders said. 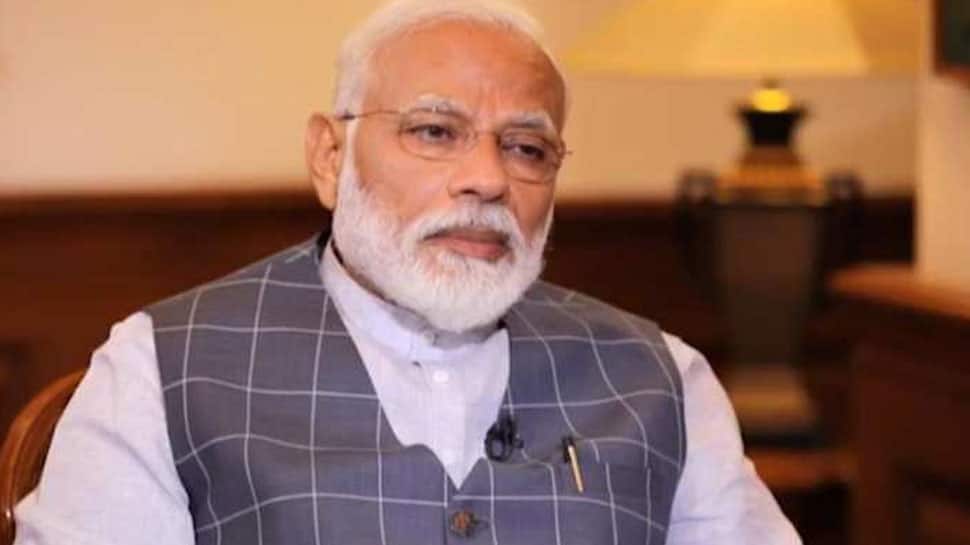 As the Supreme Court pronounced its verdict in the decades-old Ayodhya's Ram Janmabhoomi-Babri Masjid land dispute case on Saturday, leaders across the country as well as top officials have issued appeals to people for maintaining peace. The top officials are vigilant across the nation to avoid any untoward situation. Here is what the top leaders including Prime Minister Narendra Modi, have said.

In his twitter message on Friday night, the prime minister said, "Whatever decision SC delivers in #Ayodhya case, it'll not be a victory or defeat of anyone. My appeal to the countrymen is that it should be the priority of all of us that this decision should further strengthen the great tradition of peace, unity & goodwill of India."

RSS chief Mohan Bhagwat on Saturday appealed for peace and calm ahead of the pronouncement of the verdict in the decades-old Ayodhya Ram Janmabhoomi-Babri Masjid title dispute case by Supreme Court. The RSS chief also left for Delhi where he is due to hold deliberations with top BJP leaders, including Union Home Minister and BJP chief Amit Shah and party working president JP Nadda.

Punjab Chief Minister Amarinder Singh on Saturday reviewed the state`s law and order situation and appealed to the people to remain calm under all circumstances. The Chief Minister discussed the situation with Director General of Police Dinkar Gupta and other senior officers, an official statement said. Amarinder Singh directed the officers to remain on high alert and take all the steps to ensure that the state`s peace and harmony is not disturbed at any cost.

N Chandrababu Naidu, President, Telugu Desham Party, has also appealed to people honour the Supreme Court verdict in Ayodhya case. He tweeted, "The #AYODHYAVERDICT will be out today. It is imperative that we do not get carried away due to our religious affiliations. Let us all respect the Supreme Court’s judgment and unite to preserve peace and harmony in the society. #BabriMasjid #RamMandir"

The #AYODHYAVERDICT will be out today. It is imperative that we do not get carried away due to our religious affiliations. Let us all respect the Supreme Court’s judgment and unite to preserve peace and harmony in the society. #BabriMasjid #RamMandir

Bihar Chief Minister Nitish Kumar is quoted by ANI as saying, "Supreme Court's verdict should be accepted by everyone, there should be no dispute over it. We appeal to everyone to not create a negative environment, cordiality should be maintained."

Tamil Nadu Chief Minister K. Palaniswami on Saturday appealed to the religious and political leaders to extend their cooperation to keep the state peaceful. In a statement issued in Chennai, Palaniswami said the Tamil Nadu government is maintaining religious peace in the state and the Ayodhya case is set for final decision by the apex court after crossing several stages.

Karnataka Chief Minister BS Yediyurappa on Saturday appealed to the people of the southern state to maintain peace and harmony over the Supreme Court`s verdict on the Ram Janmabhoomi-Babri Masjid title dispute case in Uttar Pradesh`s Ayodhya. "As the Supreme Court gives its verdict on the Ayodhya case today (Saturday), let us accept it with equanimity. Let us respect the Constitution and the judiciary of the nation. Let us be committed to maintain peace and harmony in society," tweeted the chief minister ahead of the verdict."

Congress MP Adhir Ranjan Chowdhury said on Saturday that all should abide by the order of the Supreme Court as he appealed to all sections of the society to maintain peace and harmony post-Ayodhya verdict by the Apex Court. He said that he is a `shanti ka pujari` (worshipper of peace) and added, "We are in favour of peace since the beginning. I have always been a `shanti ka pujari`. It is the perpetual stand of Congress and we appeal to all to maintain peace and harmony." "Congress stand is clear, we all should abide by the verdict of Supreme Court," he added.

Yoga Guru Baba Ramdev, ahead of the Supreme Court judgment in the Ayodhya land dispute case, on Saturday urged the public to maintain peace and not to entertain rumours. "All of us must maintain peace and harmony as the verdict on Ayodhya case is coming. We must all respect the verdict of the Supreme Court as it is the constitutional body and our country also runs in accordance with the Constitution. One should not be indulged into any sort of violence and entertain rumour in the name of religion,` he said while speaking to ANI in Noida.