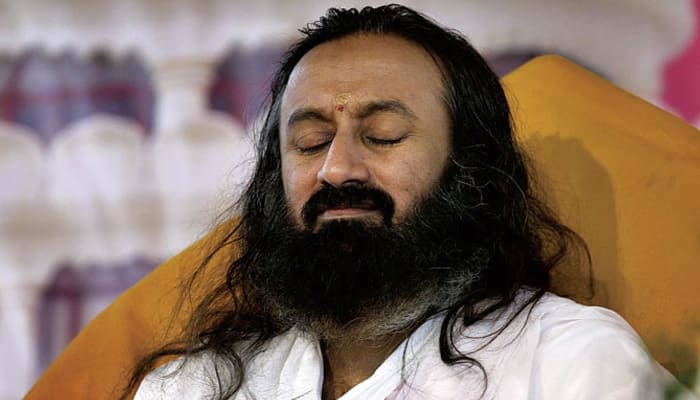 In his bid to mediate on the Ram temple issue, spiritual guru Sri Sri Ravi Shankar is slated to visit Ayodhya on Thursday. This comes a day after the Art of Living founder met Uttar Pradesh Chief Minister Yogi Adityanath in Lucknow on Wednesday.

Ravi Shankar has also interacted with several Hindu groups on the Babri Masjib-Ram Janmabhoomi issue before making the visit to Ayodhya.

Following the meeting, Adityanath had said that talks were the only way out to find a solution to the dispute. “If talks fail, let court take a decision on Ayodhya,” the UP CM told Zee News.

Adityanath also said that he was ready to provide all necessary support to stakeholders involved in negotiations. The two met at the UP CM's residence in Lucknow.

Sri Sri Ravi Shankar's meeting with Adityanath also came in the backdrop of BJP launching its civic poll campaign from Ayodhya with promises of redevelopment.

However, both the Vishwa Hindu Parishad (VHP) and the Muslim Personal Law Board has rejected he Sri Sri Ravi Shankar's offer to mediate on the issue.

The BJP leadership also said on Wednesday that the Ayodhya dispute is a decision best left to the Supreme Court.

“Ram Temple matter is in the Supreme Court and I think we should let the legal process be complete. Other discussions can be held after that,” said Ram Madhav, BJP's National General Secretary.

"This is not for the first time that Sri Sri has taken this initiative. In 2001, he made attempts but failed. The reaction to his efforts was the same as today. Somebody is calling him an agent of (Prime Minister Narendra) Modi while another is dubbing him a VHP agent. In fact, he is being insulted," VHP joint general secretary Surendra Jain had said.

"A way out cannot be found through talks. We doubt his (Sri Sri`s) efforts will succeed," he added.

Clarifying his stance on the issue, the spiritual guru had on Monday said that he had no personal agenda and simply wanted to solve it peacefully keeping in mind every party.