The JVM is all set to formally merge with the BJP at a programme organised in Ranchi on February 17. On the occasion, Union Home Minister Amit Shah and the BJP chief Nadda would remain present, along with Om Mathur. 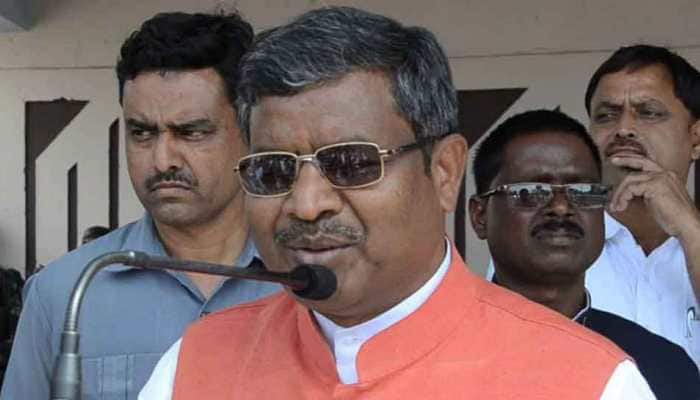 The JVM is all set to formally merge with the BJP at a programme organised in Ranchi on February 17. On the occasion, Union Home Minister Amit Shah and the BJP chief Nadda would remain present, along with Om Mathur.

Earlier on February 7, Babulal Marandi expelled MLA Pradeep Yadav from the party on the charges of anti-party activities. Yadav is the second legislator to be expelled from the party.

On February 4, the party had issued a show-cause notice to Poriyhaat MLA Pradeep Yadav for certain statements made by him which the party said were anti-party. Yadav has also been accused of making comments against Marandi.

On January 21, the JVM-P had sacked its Mandar MLA Bandhu Tirkey after accusing him of being involved in anti-party activities. Bandhu was also served a show cause notice.

The action against both the MLAs is being seen as the party's step to clear the path for the merger with the BJP.

In the recently concluded Assembly elections in Jharkhand, the JVM-P had won three seats, which included Babulal Marandi, Pradeep Yadav, and Bandhu Tirkey.

Both Yadav and Tirkey were against the merger with the BJP, according to the party sources.

Notably, the JVM has called a meeting of the party leaders on February 11, probably to discuss the merger proposal.

Babulal Marandi was the first Chief Minister of the BJP-led state government in Jharkhand, but he quit the party in 2006 and formed the new party.