Bhilwara model has been so successful that the Centre, according to sources, is mulling to recommend to states to adopt it in the ongoing fight against the deadly pandemic. 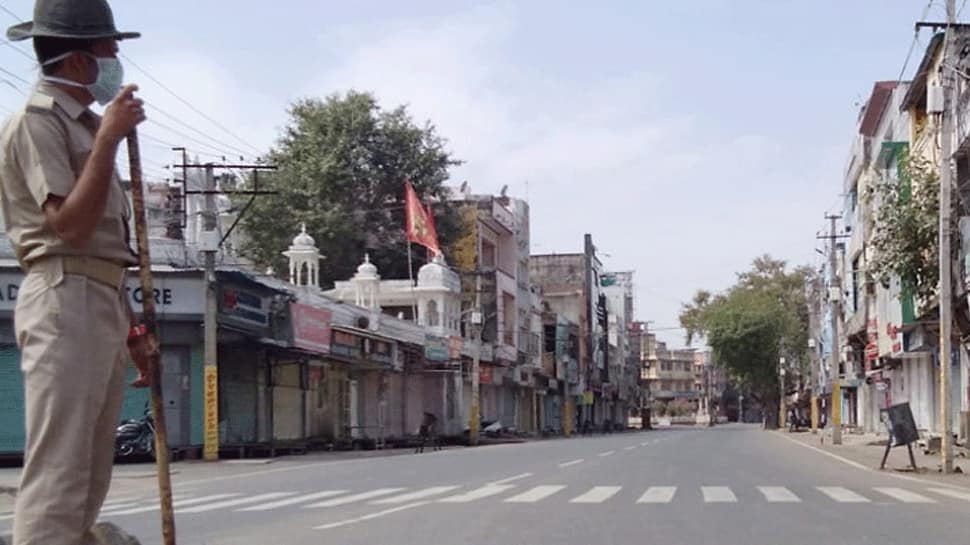 JAIPUR: Bhilwara- the textile town of Rajasthan – which had once become one of the hotspots of the COVID-19 outbreak in the country, has now emerged as a clear winner in the fight against the deadly coronavirus pandemic. The situation in this small Rajasthan town was so bad that till March 20, after several cases of coronavirus infections were detected, that it was being compared to China’s Wuhan province, the epicentre of COVID-19 outbreak.

Home to over 24 lakh people according to the 2011 Census, Bhilwara had registered at least 27 positive cases and two deaths. However, the strategy adopted by the Rajasthan government and the Bhilwara district administration ensured that no new COVID-19 cases were reported in the textile town in the past two weeks.

Meanwhile, 13 out of the 27, who had tested positive for the coronavirus, had successfully recovered so far.

According to the Bhilwara Collector, Rajendra Bhatt, ''Bhilwara had reported 27 positive cases by March 20. Out of the 27 positive cases (in Bhilwara), eight have turned negative while 13 had recovered successfully. If people remain disciplined in the coming days and support the administration, we will tide over the coronavirus crisis.”

Most of the people who turned out COVID-19 positive in the textile town were either hospital staffers or those who had gone to the private hospital for treatment. In a bid to tide over the crisis, the administration clamped curfew in the district and sealed the borders and carried out massive survey and screening in the urban and rural areas.

Bhatt said that the strategy in Bhilwara comprised of some crucial steps - Isolating the district; mapping the hotspots; door-to-door screening; aggressive contact tracing; ramping up quarantine and isolation wards, and readying a monitoring mechanism for rural areas.

As part of the measures, Bhilwara was completely isolated from surrounding areas and an aggressive door-to-door screening was conducted that saw about 25 lakh people getting screened, many of them more than once, Bhatt added. In all, 1,937 teams were set up in the district, which surveyed 4.41 lakh houses between 22 March and 2 April.

“We identified 14,000 people with influenza-like symptoms and put them on our watch list. Our health team carried out intense follow-up of these cases, twice a day, to see if they are exhibiting any symptoms,” Bhilwara CMHO Dr Mushtaq Khan said.

A report sent by the district administration to the Chief Minister’s Office said a two-pronged approach was adopted to combat the COVID-19 crisis. In the first phase, starting March 20, five days before the nationwide lockdown, a curfew under Section 144 of the Code of Criminal Procedure (making gatherings of five or more persons unlawful) was imposed in Bhilwara district, and only essential services were allowed to open.

City and district borders were sealed immediately, with check-posts set up at all entry/exit points.

To ensure that there are no gaps, the district magistrates of neighbouring districts were requested to seal their borders with Bhilwara. All rail services and movement of public and private vehicles were stopped, and all industries and brick kilns across the district were shut. The second phase, starting April 2, was even more drastic, as all services barring police and health were shut down.

Six 24×7 control rooms were set up in the city, including at the collectorate, chief medical and health office, Nagar Parishad and sub-divisional office.

Several steps taken by the Bhilwara district administration yielded positive results and earned praise from the Union Cabinet Secretary Rajiv Gauba, who lauded the ‘Bhilwara model’ of ruthless containment to curb the spread of the contagious novel coronavirus. Bhilwara model has been so successful that the Centre, according to sources, is mulling to recommend to states to adopt it in the ongoing fight against the deadly pandemic.

Former Jammu and Kashmir CM Mehbooba Mufti shifted to her residence, to remain in detention under PSA