As many as 98 ministers and leaders of the SP, BSP, Congress and Rashtriya Lok Dal (RLD) joined the newly launched party. 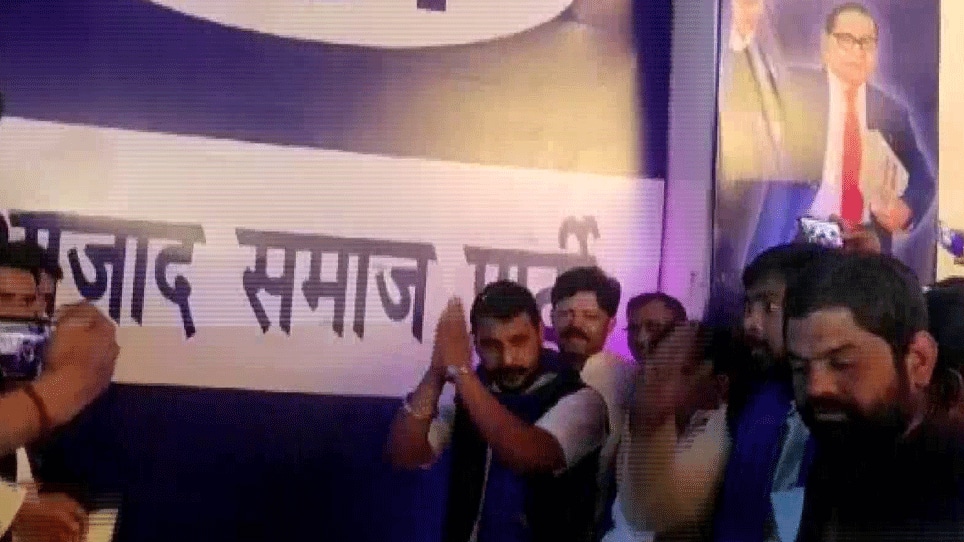 As many as 98 leaders of the SP, BSP, Congress and Rashtriya Lok Dal (RLD) joined the newly launched party.

Azad took to Twitter and said Sir Kanshi Ram your mission is incomplete, Azad Samaj Party will complete it.

Well known for fighting for the rights of Dalits, Chandrashekhar fixed the date of March 15 to announce the name of his party as it's the birth anniversary of Kanshi Ram. He was a prominent leader and the face of Dalits in the country in the 90s. He was also the founder of the Bahujan Samaj Party.

Earlier, Chandrashekhar was denied permission by the district administration in Uttar Pradesh's Noida to hold a mass gathering amid the coronavirus outbreak in the country. Later, in view of the insistence of the workers to organize the program, the police allowed the event.

Coronavirus outbreak: Karnataka under shutdown for a week, restrictions imposed on marriage functions