Ambani had reportedly received a proposal from the university to join as a visiting professor. 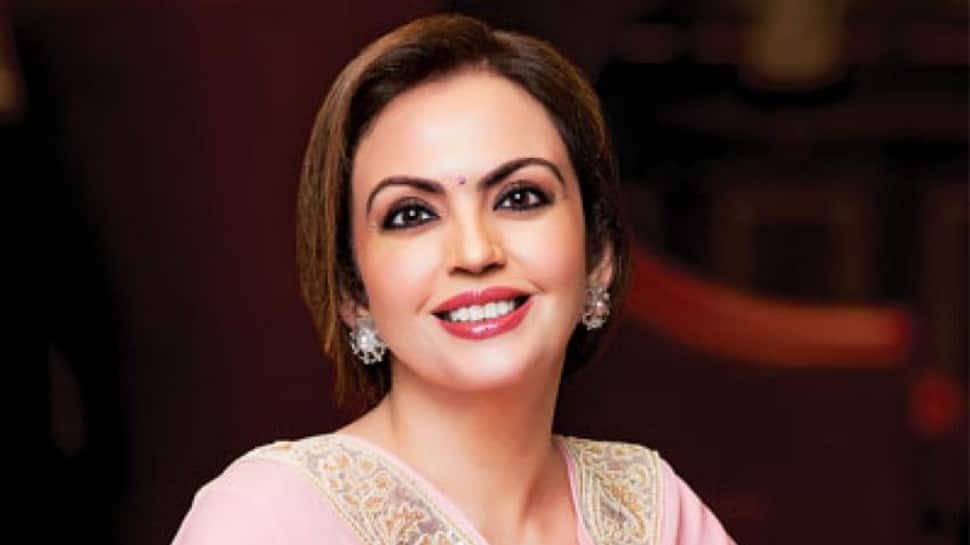 Varanasi:  A day after the students of Banaras Hindu University (BHU) protested over the appointment of Nita Ambani as a visiting faculty, it turned out that she has not received any such invitation from the prestigious university.

"Reports that Nita Ambani will be a visiting lecturer at Banaras Hindu University (BHU) are fake. She hasn't received an invitation from BHU," news agency ANI on Wednesday (March 17) quoted Reliance Industries Limited as saying. 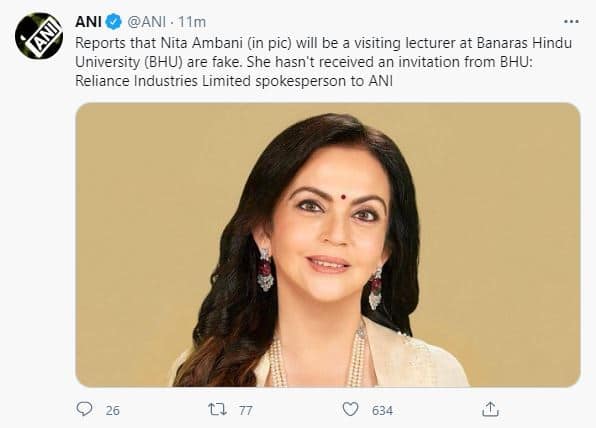 The clarification from the company came a day after BHU witnessed protests by some students on the issue.

Several students of BHU sat outside the Vice Chancellor's residence to mark their protest on Tuesday. They demanded that the University should not be "privatised".

The top officials of the University, including the Dean of the Faculty of Social Sciences, came to the protest site to placate the students.

In a bid to convince the students, the dean said that no such decision has been finalised yet.

Following the commotion, VC Rakesh Bhatnagar came out to discuss the matter with the students.

According to the students, Bhatnagar assured them that Ambani will not be made a visiting professor.

Earlier, media reports claimed that Ambani had received a proposal from the university to join as a visiting professor.

She was reportedly asked to be a part of the university’s Centre for Women Development and Studies in order to help improve the living standard of women from the Purvanchal area of Uttar Pradesh.

The proposal was sent to Ambani on March 12, according to media reports.