The designs on the train depict three themes -- dance forms, archaeological monuments, and flora and fauna of the state. 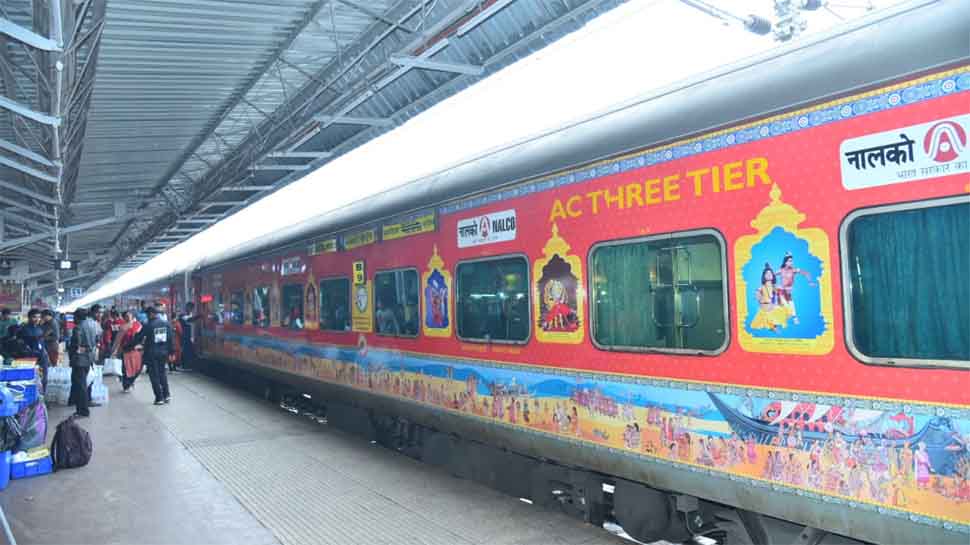 The Bhubaneswar-New Delhi-Bhubaneswar Rajdhani Express was recently adorned with beautiful pictures depicting the art, culture and heritage of Odisha, as per a press statement by the Indian Railways.

The East Coast Express has three sets of train rakes of Rajdhani Express with 15 coaches each. The designs on the exterior of the train are depicted in such a way that each coach has a distinct display. These designs are placed between the glass windows of coaches.

The designs on the train depict three themes -- dance forms, archaeological monuments, and flora and fauna of the state. The project has been sponsored by NALCO.

Other than the pictures on the coaches, there are two strips on the top and bottom of the train coaches showcasing the designs in the local traditional form of 'Pattachitra'.

In another initiative, the Indian Railways will now issue unreserved train tickets from any station in Odisha in the Odia language. It can be seen in any ticket purchased from the railway counters to any destination in India.

Citing problems faced by people in reading the names of destination stations as well as the class of travel and train type which is written in Hindi or English the Railways hopes to solve the problem.

Technical support was sought from CRIS in Kolkata, to prepare a database of the eight thousand station names in the Odia language script. Names of these station in Odia will now be available across the 317 stations across Odisha for the stations falling under the East Coast Railway, South Eastern Railway and South East Central Railways.

This is a part of the Digital India initiative, under which the Railways will promote local vernacular languages. The tickets will have the language of the state from where it was issued.

For example, if a person books a ticket in any of the stations in Odisha for a train originating from Karnataka travelling all the way to Guwahati crossing six states, the ticket will have details in Odia language as well as English and Hindi.