Haryana BJP chief Subhash Barala said that Khap panchayats play an important role in deciding the outcome of the election in Haryana, it is highly unlikely that they will back the opposition. 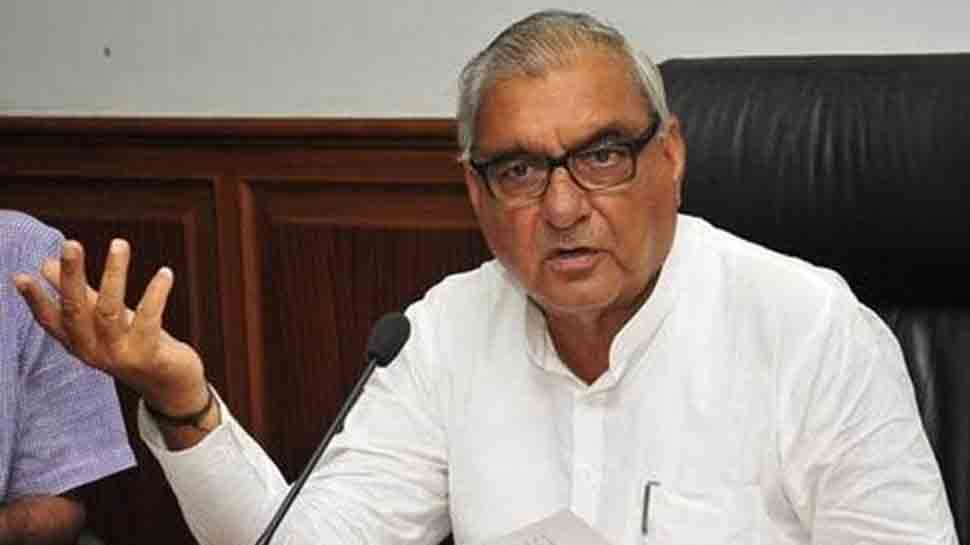 Haryana BJP chief Subhash Barala on Thursday mocked the Congress for appointing former chief minister Bhupinder Singh Hooda as chairman of party`s state election management committee saying Hooda has put pressure on Congress for the post and the party has given him the role "under compulsion".

"Hooda virtually threatened the Congress for this post. Congress is a party that could not announce (a new) national president and had to anoint Sonia Gandhi again. To make appointments ahead of elections is also a face-saving exercise, " said Barala.

Barala said that Khap panchayats play an important role in deciding the outcome of the election in Haryana, it is highly unlikely that they will back the opposition. "Khap is a important system in the social structure of Haryana. It has a history and warrants respect. It takes big decisions," he said.

Responding to a query on the ongoing tussle between the leaders who have joined the BJP from other parties and the leaders who are with the saffron party for a long time, Barala said that those who have joined the party only to get tickets will be left disappointed. "When big leaders from other parties were joining in, I had made it clear to them they should focus on strengthening the party and not themselves," added Barala.

It is to be noted that Congress on Wednesday appointed senior party leader and Rajya Sabha MP Selja Kumari as the chief of its Haryana unit, replacing Ashok Tanwar. The development comes ahead of the state assembly election, scheduled to be held in October 2019. Congress had failed to win a single seat in Haryana during the 2019 general elections. The announcements were made by former Union Minister and Haryana Congress in-charge Ghulam Nabi Azad and party General Secretary, Organisation, KC Venugopal.