Russian President Vladimir Putin on Wednesday said that Moscow and Delhi would also coordinate their efforts to address topical issues. 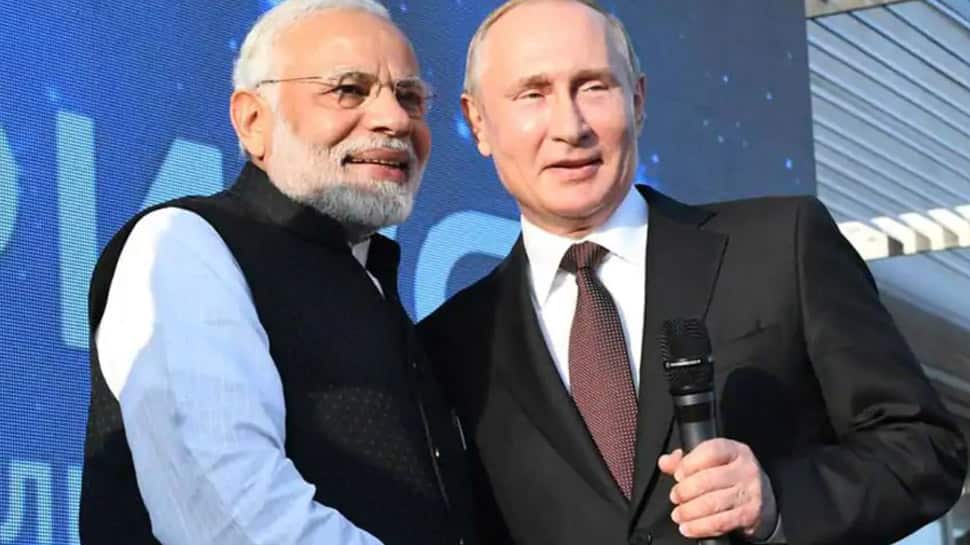 In a major boost for India, Russian President Vladimir Putin on Wednesday (December 30) expressed hope that Russia and India would continue to make efforts to strengthen bilateral cooperation in 2021. He added that Moscow and Delhi would also coordinate their efforts to address topical issues related to global as well as regional agenda.

The Russian president extended Christmas and New Year's greetings to President Ram Nath Kovind and Prime Minister Narendra Modi and said that Russia and India were connected by relations of privileged strategic partnership. Putin noted that though both Russia and India faced difficulties and problems in 2020, including the COVID-19 outbreak, the relations between the two countries are moving ahead in the right direction.

A statement issued by Kremlin said that President Putin wanted that Russia and India maintain a substantive political dialogue and work together on several projects in various spheres.

He "expressed hope that next year Russia and India would continue to work towards stepping up constructive bilateral cooperation as well as coordinating efforts to address topical issues on the regional and global agendas," added the statement.

It is to be noted that India-Russia summit was canceled due to coronavirus in 2020 and this had given an opportunity to China to raise questions over India-Russia relationship.

The Chinese government mouthpiece Global Times had tried to use this issue to drive a wedge in relation between Moscow and New Delhi. Global Times had written in its editorial that this was the first time since 2000 when the summit between India and Russia was deferred. The article added that this gives a clear indication of the rift in the relationship between the two countries.

The editorial in Global Times also claimed that some analysts believe that Russia and India are not only allies, but their relationship is far ahead of the alliance. There is no conflict of interest between the two. In recent times, the strategic relationship between Moscow and New Delhi has remained stable. However, the cancellation of the summit indicates something else.

Global Times also falsely claimed that Russian President Putin had pointed to deteriorating relations with India at the 17th annual meeting of the Valdai International Discussion Club in October. Putin mentioned China, Germany, Brazil and South Africa, but did not say anything about India and this shows that Russia is upset with the growing influence of the US in India, claimed Global Times.