Big Boss: A beckon of light for tiger conservationists in the Sunderbans

The single male tiger has been holding its territory for more than a decade indicating the success of tiger management in Sunderban Tiger Reserve. 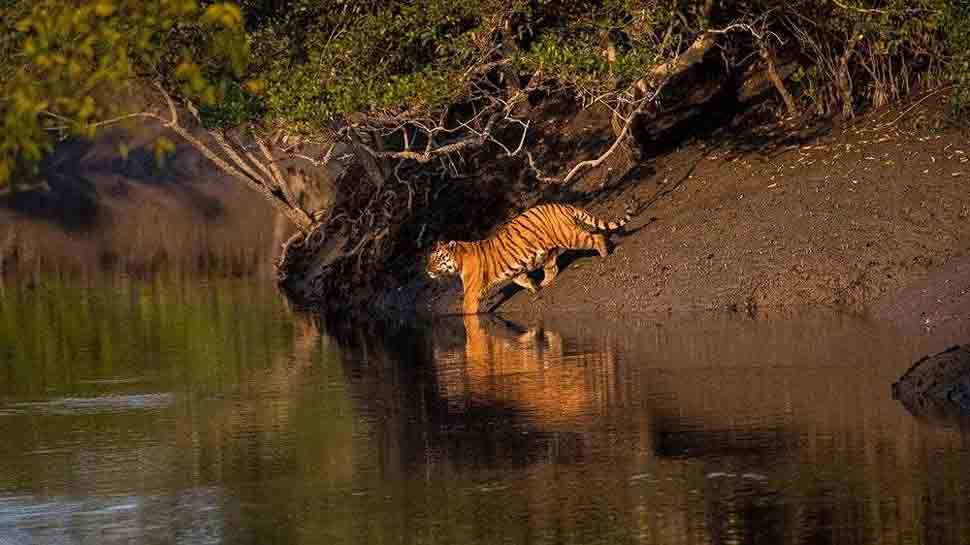 He is majestic, he is Royal. He is magnificent. First spotted in 2010 during a tiger and prey base assessment in Sunderban Tiger Reserve, his magnificence left the foresters and tiger experts awestruck. Undoubtedly the most frequently seen Royal Bengal is also the most photographed. Though conservationists are not in favor of christening wild tigers, the camera savvy Royal male is fondly called 'Big Boss' by the tourists. Be it the islands of Netidhopani or Nawbanki ( the exact locations not be disclosed considering its safety), his royal movement, baritone roar has made him the uncrowned ruler of a huge territory in the Sajnekhali Wildlife Sanctuary.

His territory is located mostly in a tourism zone where he has been living for more than a decade. By now his familiarity with human presence allows him to sport a pose whenever he comes across a tourist or a forest boat.

Big Boss appears to have outlived himself. Past his prime, he is still the monarch of his region or 'ilaka' as the locals call it. A recent photograph of the tiger is a ray of hope for tiger conservationists. For experts, it is quite encouraging to have this adult male survive and rule over the same area for such a long period. Joydip Kundu, a member of the State Wildlife Board photographed Big Boss several times between 2010 and 2019.

Two photographs one taken in  2010 and one very recently have been compared by an Eco guide Nityananda Choukidar. Analysing the stripes in the animal's body, Choukidar confirms that it is the same tiger. This is proof that a single male tiger has been holding its territory for more than a decade indicating the success of tiger management in Sunderban Tiger Reserve. Joydip Kundu says its a very positive sign that the Royal Bengal is happily holding on to its territory for such a long period. "It's an Achievement of Sunderban Tiger Reserve," Kundu said. Suchandra Kundu, the Honorary Wildlife Warden of Kolkata also agrees that there is enough reason to feel encouraged as the big cat looks healthy even past his prime. 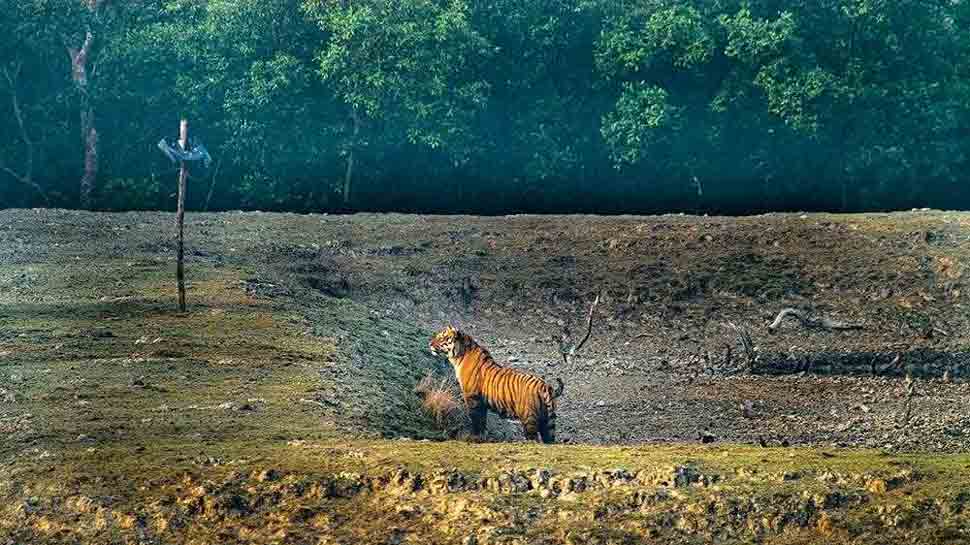 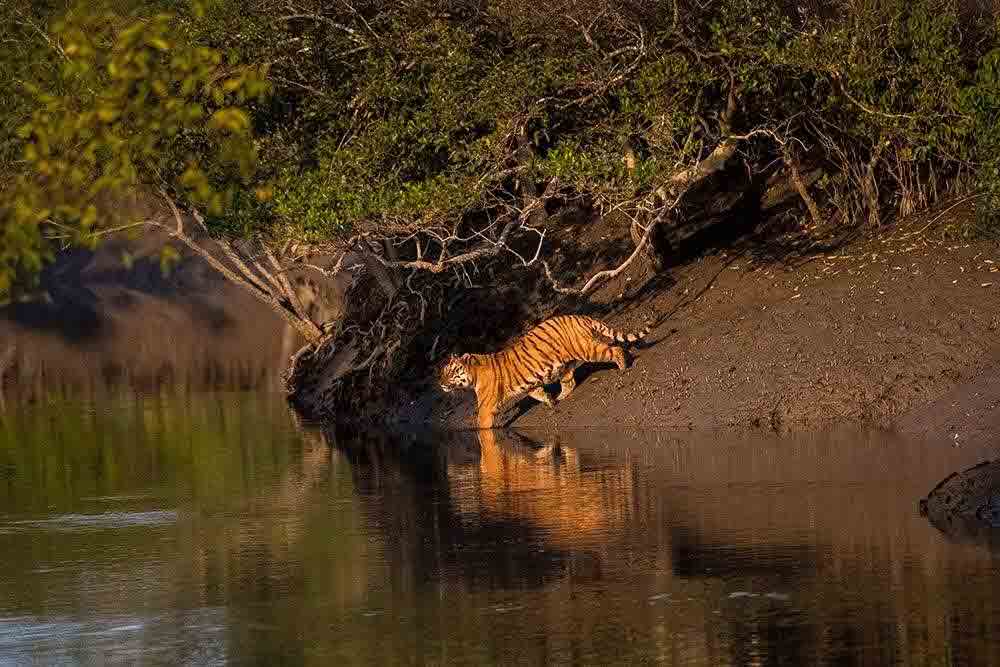 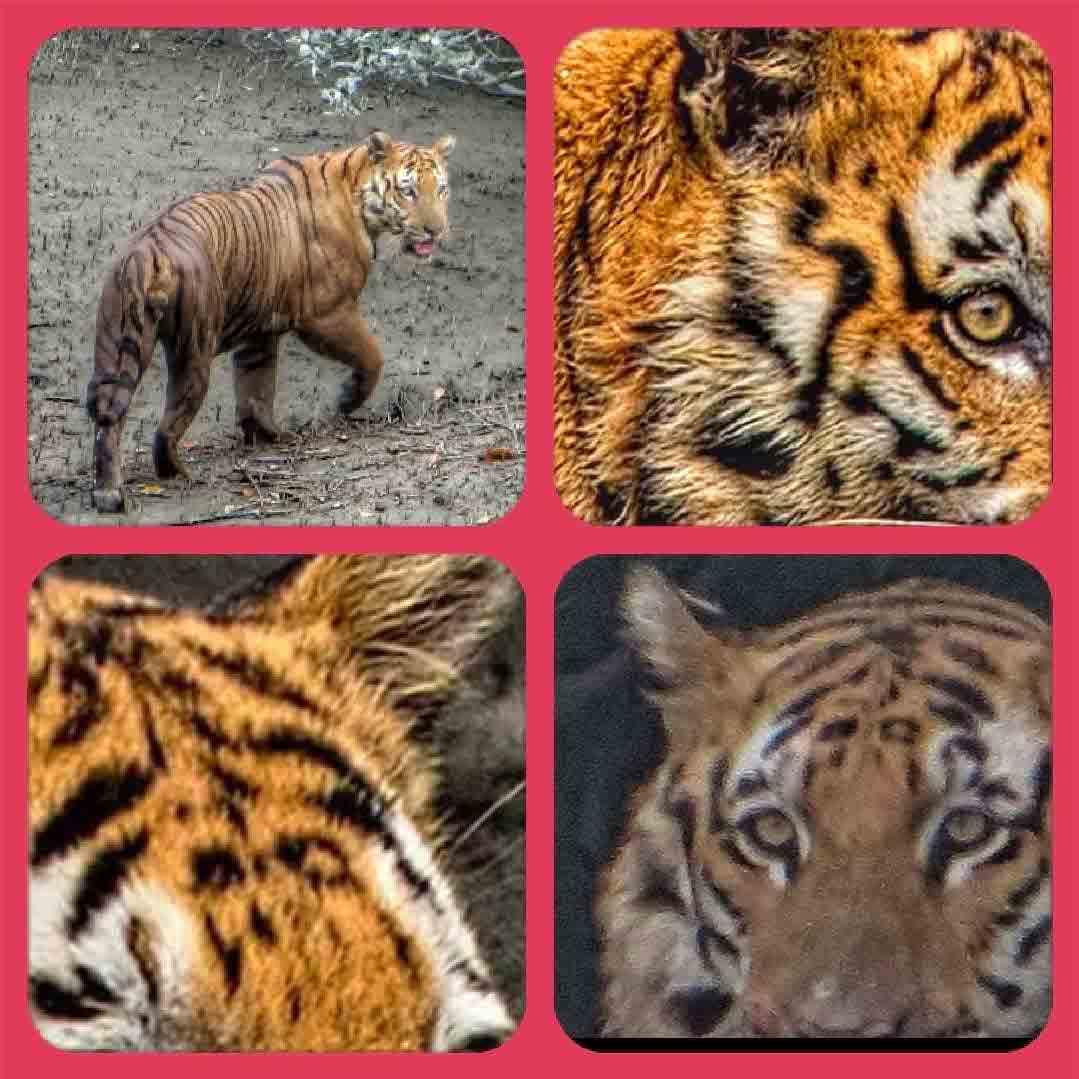 Pradeep Vyas, former Chief Wildlife Warden who had also worked as Director, Sunderban Biosphere confirms that this particular tiger is being seen around since 2009. Since the area, it resides in is a tourism zone the tiger has grown used to being clicked by men. "Frequent use of camera and mobile phones by the tourists has helped us with more photographic evidence of this tiger and made it a case study for us", Vyas said. In spite of Sunderbans being a defused territory, where tigers find it difficult to mark their territory courtesy the abundance of water this big cat has been able to maintain its rule over the same patch of land for around a decade.

Nilanjan Mullick, Field Director, Sunderban Tiger Reserve drew three positive conclusions about Big Boss while speaking to Zee Media. Firstly, the tiger is around 14-15 years old presently yet he is fit and fine. This means he has maximum chances of completing his lifespan. It also suggests that natural adversities have not been able to take away Sunderbans' tiger friendliness. The tiger also has sufficient prey base, which means it has enough animals to feed on. Secondly, the tiger has not been subject to poaching or to man-animal conflict though it resides in a tourist zone, an indication of good management. Also, very interestingly it did not have to leave its territory following a territorial fight with some younger male, which is a natural phenomenon.

Saumyajit Nandy, who has his tourism business in the Sunderban has met Big Boss on a number of occasions. According to Nandy, however Big Boss has lost some of its territories to a younger male but still has control over the rest of it.

Cyclone Aila has adversely affected the Sunderban tigers and their prey base. The future of the stripes in the mangroves was unsure. The recent tiger assessment using camera traps confirmed a 100 plus figure for tigers in the Sunderbans. The 'swag' of Big Boss is a major encouragement for tiger researchers.