With assembly poll fast approaching in Bihar, it is expected that Lalu Prasad Yadav’s elder son, Tej Pratap Yadav's estranged wife Aishwarya Rai may contest against her husband in the upcoming poll. 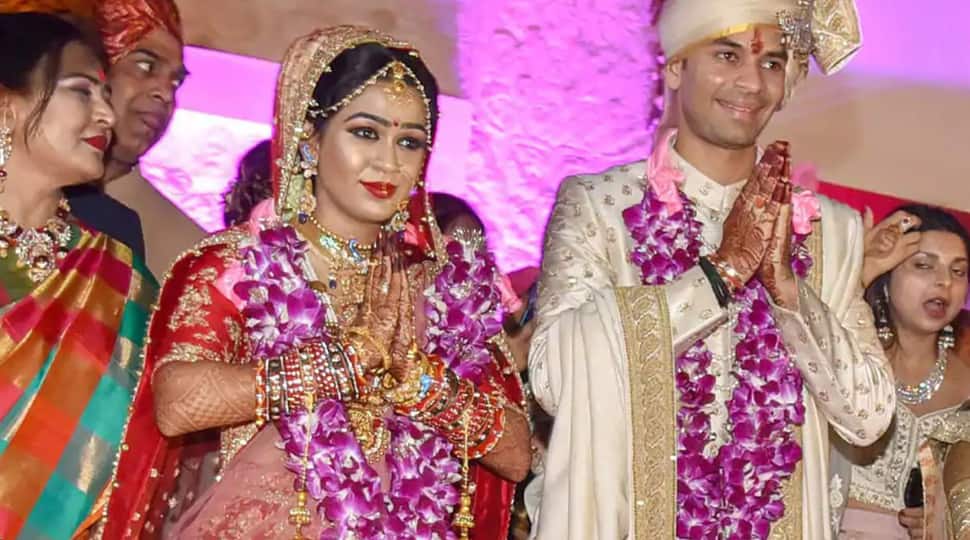 With assembly poll fast approaching in Bihar, it is expected that Lalu Prasad Yadav’s elder son, Tej Pratap Yadav's estranged wife Aishwarya Rai may contest against her husband in the upcoming poll.

Aishwarya's father Chandrika Rai recently said in an interview that his daughter can contest the Assembly election against Tej Pratap. Chandrika Rai, who won the last Assembly poll on RJD ticket,  added that is free to take her decisions and he will always support her. Rai noted that he will not stop Aishwarya from contesting the election, whichever seat she decides to enter the fray from. According to Rai, Aishwarya will soon inform the media about her plan.

Aishwarya married Tej Pratap in 2018 but Lalu's elder son filed a divorce petition after five months. Since then, relations between the families have been very bitter. The acrimony between the two families forced Chandrika Rai to quit RJD and join Biahr CM Nitish Kumar’s Janata Dal United (JDU).

Meanwhile, speculations are rife that Tej Pratap, who is currently an MLA from Mahua seat, has decided to change his constituency in the upcoming poll. It may be recalled that Tej Pratap has won from Mahua in 2015 with a margin of over 28, 000 votes but he is unwilling to contest from Mahua this time as it is likely that Aishwarya would conetst against him from this seat.

On Monday (September 7), Tej Pratap addressed a rally in Hasanpur constituency in Samastipur district, leading to speculations that he may contest from this seat in the upcoming poll. The seat is currently represented by JDU’s Raj Kumar Ray.

Experts maintain that Hasanpur could prove a 'safe seat' for Tej Pratap as it has a sizeable Yadav and Muslim population, the traditional vote bank of RJD.

Will vacate Srinagar accommodation by October on my own: Former J&K CM Omar Abdullah