Bihar Deputy CM Sushil Modi stressed that the BJP and JD(U) have no problem over the seat-sharing arrangement and people who are running slogans-coining company are trying to help the opposition by making such statements about the BJP-JD(U) alliance. 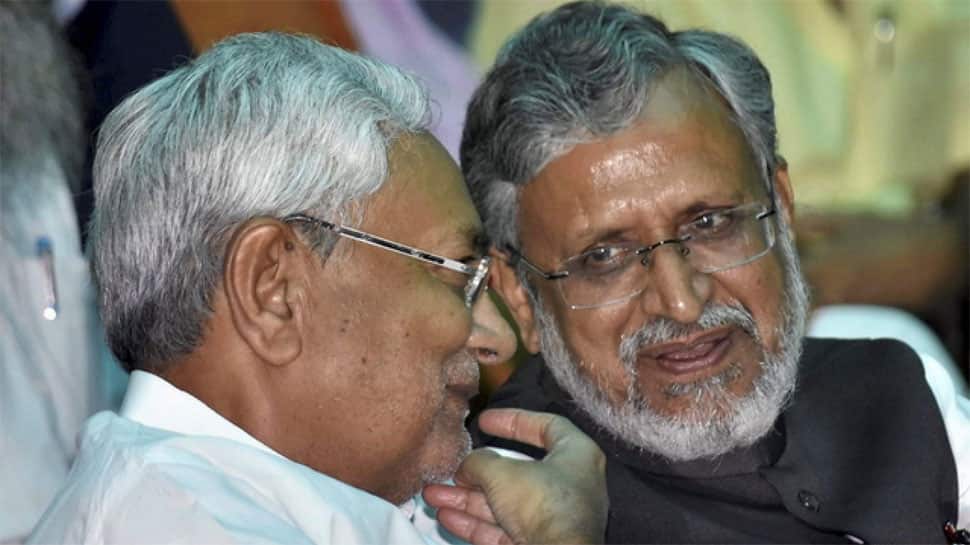 Bihar Deputy Chief Minister Sushil Kumar Modi on Monday (December 30) hit out at JD(U) vice-president and poll strategist Prashant Kishor for his remark that the JD(U) should contest on more seats than the BJP in the upcoming Assembly election in the state, asserting that Kishor's statement will help the opposition.

Sushil Modi stressed that the BJP and JD(U) have no problem over the seat-sharing arrangement and people who are running slogans-coining company are trying to help the opposition by making such statements about the BJP-JD(U) alliance. Modi did not name Kishor but said that he is more bothered about running his own company than thinking about the welfare of the country.

"Those, who are not under any ideology but have come into politics for running slogans-coining company and gathering electoral data are trying to provide benefits to the opposition alliance by giving statements which is against the alliance dharma. The relationship of mutual trust between the BJP and the JD(U), except for a few years, is two decades old and tested. For development of Bihar, rule of law, empowerment of women, justice for Dalits and backward classes, ban on child marriage and dowry, drug addiction and environment protection like campaigns,the NDA is totally united," Modi tweeted.

"The 2020 assembly elections are set to be fought under the leadership of Prime Minister Narendra Modi and chief minister Nitish Kumar. The seat coordination will be decided by the top leadership of both the parties on time," he noted.

On Monday (December 30), Kishor had said that the seat-sharing talks between BJP and JD(U) could be held on the basis of '1:1.4 ratio' or near to it, as per the old formula followed in 2004 and 2009 when the BJP and JD(U) fought the elections in an alliance. He added that the ratio of seats won by the two parties in 2015 elections was also close to the 1:1.4 ratio, which provides a good basis for future seat-sharing discussions.

he Bihar Deputy CM also supported the Citizenship Amendment Act and said, If the country is weakened by opposing Citizenship law and spreading illusions on NPR, anti-India gets stronger, image of Prime Minister Narendra Modi gets tarnished abroad, foreign investors pull back their hands and the country moves towards political instability, so who benefits from such negativity?"