What can be more distressing than the realisation that a cockroach has literally made a second home inside your head. 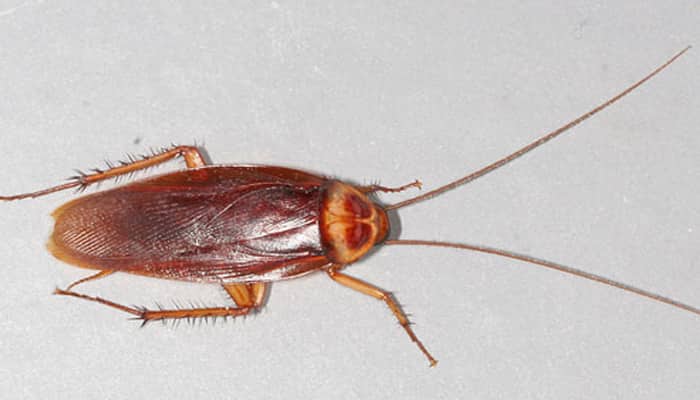 New Delhi: What can be more distressing than the realisation that a cockroach has literally made a second home inside your head.

This is what has happened to a 42-year-old woman in Chennai as she stood motionless even as she felt an intense crawling sensation just behind her eyes.

She was rushed to a local clinic where medics flushed here nose and sent her home. But the sensation did not subside until a specialist explored her nasal passages with an endoscope that she learned the awful truth.

The invasive creature had burrowed deep inside her nose, almost to the base of the skull and was still alive after roughly 12 hours. "I looked further in and almost five centimetres from the tip of the nose I saw something unusual. I realised I was actually looking at the bottom of a cockroach," said Dr Shankar.

Using an instrument akin to a vacuum cleaner, Dr Shankar managed to extract the cockroach from her skull intact - still alive and kicking. It was the first time that Dr Shankar had seen anything like it in his three decades of medical practice.

The woman was doing 'absolutely fine' following the 45-minute procedure, he said, but was 'embarrassed she had a cockroach up her nose'. "It was an out of the world kind of thing for her," he said.