BSP chief said that the saffron party was using its money and muscle power to topple the non-BJP governments in several states. 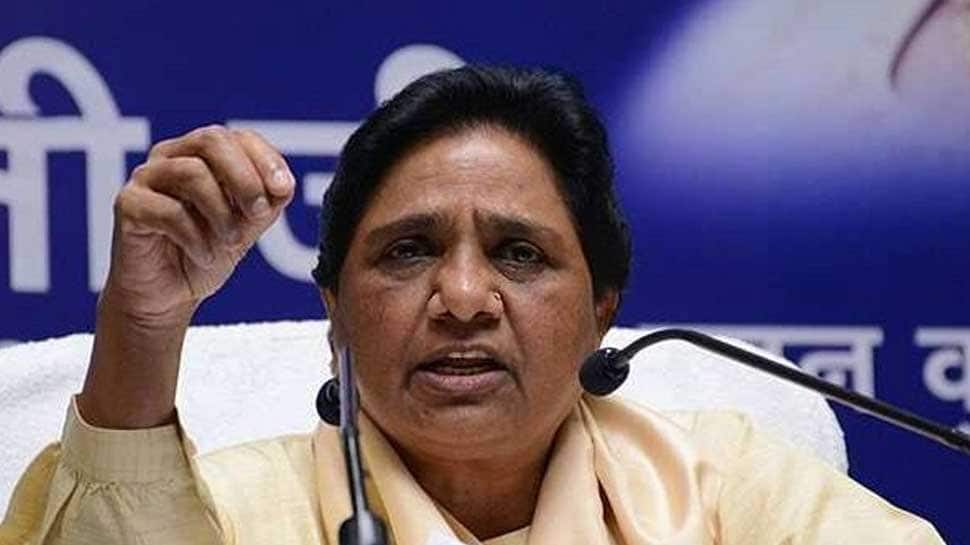 NEW DELHI: Bahujan Samaj Party (BSP) supremo Mayawati on Thursday made a scathing attack on the BJP and accused the saffron party of damaging democracy by using ''money and muscle power.''

The BSP supremo made these critical remarks while referring to the current political crisis in Karnataka, where the Congress-JDS-led ruling coalition government is facing an existential threat after the resignation of at least 10 MLAs, and in Goa, where ten former Congress party legislators joined BJP in a dramatic development on Wednesday.

The Dalit icon took to Twitter and said, ''The BJP is once again using its money and muscle power to trigger defections in Karnataka and Goa, which is a blot on democracy. Time has come for the country for a strong law against defections.''

Continuing to attack the saffron party, Mayawati said, ''BJP rose to power by engineering malfunction in the Electronic Voting Machines (EVM) and excessive use of money to woo voters and through horse-trading. BJP has been unable to digest its defeat in all the assembly elections held in 2018 and 2019 and that's why it has been attempting to topple the non-BJP governments in several states. My party condemns this in the strongest terms.''

The remarks from the BSP chief came after shortly after the Supreme Court on Thursday ordered a group of dissident Karnataka MLAs, who had earlier resigned from the assembly, to meet the Speaker in order to submit their resignation, and directed the state's DGP to provide full security to them.

Supreme Court directed the 10 rebel Congress-JDS MLAs of Karnataka "to meet the Assembly Speaker at 6 PM today and submit their resignations if they so wish," according to ANI.

The top court, in its order, said that "full security would be provided to the MLAs." Passing its order on a plea filed by the dissident MLAs, the top court said Karnataka Speaker has to take a decision in remaining part the day. The top court then adjourned the hearing for tomorrow (July 12).

In their plea, the dissident MLAs had accused the Speaker of not accepting their resignations. The 10 MLAs had approached the Supreme Court against the Speaker`s decision on Wednesday and sought an urgent hearing in the matter.

In their plea, which was filed through senior advocate Mukul Rohatgi, the rebel legislators alleged that Speaker was not performing his constitutional duty and deliberately delaying the acceptance of their resignations from the state assembly.

A bench, headed by Chief Justice Ranjan Gogoi, then assured Rohatgi that the plea would be heard, but at some later date.

The MLAs, in their petition, made two specific prayers before the top court - direct the Speaker to accept the resignations tendered and restrain the Speaker from proceeding with the application on disqualification of the MLAs.

The petitioners also requested the court to pass an order which it may deem fit in connection with the facts and circumstances of the present case. The petition claimed that the Speaker`s actions were "vitiated by malafide as evident in his actions."

The petitioners contended that the Chief Minister despite being reduced to a minority is refusing to seek a vote of confidence. "And, as a result of the concerted acts between the Speaker and the government, a minority government which does not enjoy the confidence of the House, continues in power illegally. A purposive interpretation of article 164 r/w principles of Parliamentary Sovereignty mandate that the Chief Minister should always command the confidence of the house," the petition said.

All this came amid intense speculations that Karnataka CM Kumaraswamy may resign on Thursday. Ahead of that, the CM will chair a crucial meeting of the state cabinet at the Vidhan Soudha in Bengaluru, said reports.

The Chief Minister`s Office said that the cabinet meeting will have all the ministers as they have only submitted their resignations to their party presidents, not to Chief Minister HD Kumaraswamy.

The meeting comes a day after Karnataka Water Minister DK Shivakumar, who went to Mumbai to meet the rebel MLAs staying at a hotel there, was detained by Mumbai Police and not allowed to meet the rebel MLAs. Shivakumar, who returned to Bengaluru late on Wednesday, said it was a "matter of shame" that he was "forcefully deported" back to Bengaluru.

The government`s woes further increased after a lone legislator of a regional party KPJP and an Independent also resigned and withdrew their support to the ruling coalition, which has a slender majority in the Assembly.

According to sources, 3-4 more party legislators are likely to resign before the 10-day monsoon session of the state legislature beginning from Friday.

After resignation by KPJP MLA and Independent legislator, the combined strength of the ruling allies will be reduced from 117 -- 115 of the Congress-JD-S and one of BSP -- to less than 113, the halfway mark for a simple majority. If all the resignations are accepted, the strength of the Assembly will go down to 209 and the new halfway mark will be 105.