BJP MLA denies threatening his daughter for marrying a man of different caste, says he respects her decision

BJP MLA Rajesh Mishra said that his daughter is an adult and she has a right to take a decision. 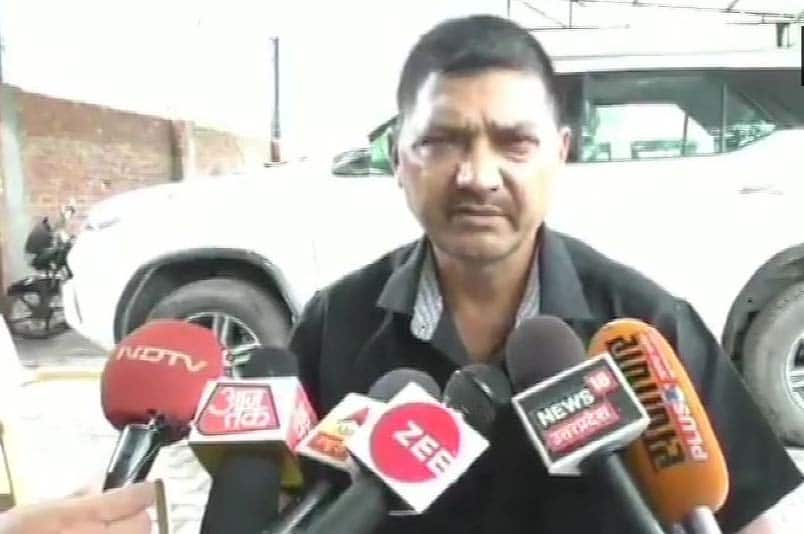 BJP MLA from Bithari Chainpur in Uttar Pradesh's Bareilly district, Rajesh Mishra, on Thursday stressed that he is not putting any pressure on her daughter, who had released a video claiming that her father is trying to kill her for marrying a man of her choice. Mishra's daughter Sakshi had claimed in the video that his father is planning to kill her husband too. The BJP legislator, however, rejected the allegations and asserted that he respects the decision taken by his daughter.

Mishra said that his daughter is an adult and she has a right to take a decision. He added that Sakshi has not been threatened by any member of the family or any person related to him. It is to be noted that 23-year-old Sakshi had claimed in the video that she and her husband were receiving death threats from her father, brother and an associate.

In the video, Sakshi also urged the MPs and MLAs of Bareilly to not help his father because he is trying his best to eliminate her and her husband. Sakshi has also urged her father to let her live peacefully. She ended the video with a warning if anything happens to her or her husband, she would not sit silent and would ensure that those who are involved in harming her and husband go behind bars.

Meanwhile, Harish Kumar, father of the man who married Mishra's daughter, told ANI that he had received a message from his son and Sakshi that their life is under threat and people are trying to kill him. "I had received a message from them (his son and BJP MLA's daughter) that their life is under threat, attempts are being made to kill him & he is safe somewhere," Harish said.

Harish added that he was unwilling to take action as the matter was between the families and they knew each other. "I didn't want to take action as it was b/w the families, families knew each other. But his men sent them a message that they'll be killed. You can see she's taking names in the video. I sent marriage certificate & an application to SSP Bareilly & have now told media," Harish noted.