It is to be noted that Pandey, a Rajya Sabha MP from Chattisgarh, had earlier made fun of the Congress president dubbing him as "mandh-buddhi (dim-wit)". 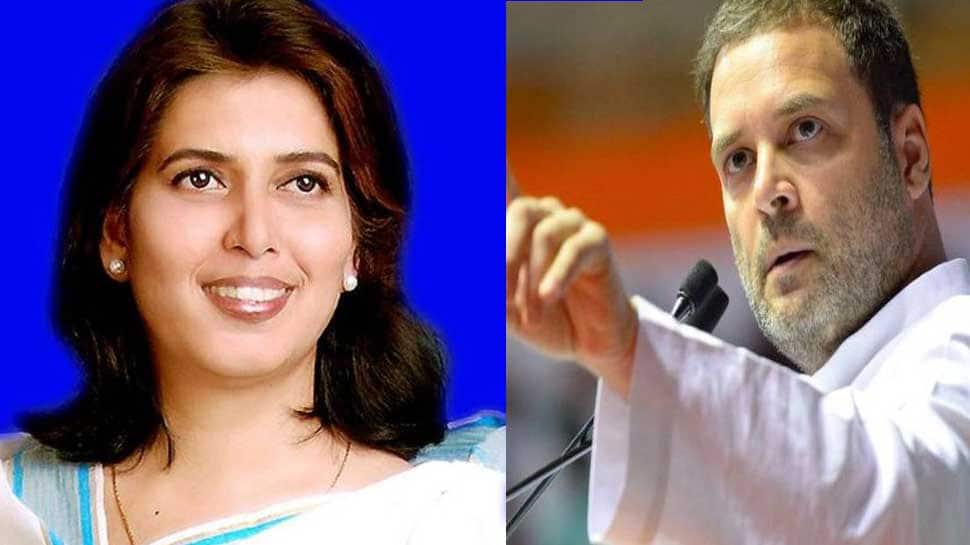 DEHRADUN: In a change of heart, BJP MP Saroj Pandey on Saturday said that Congress President Rahul Gandhi has started showing "some signs of maturity".

It is to be noted that Pandey, a Rajya Sabha MP from Chattisgarh, had earlier made fun of the Congress president dubbing him as "mandh-buddhi (dim-wit)".

"He (Rahul) has started showing some signs of maturity," Pandey said when asked to comment on recent political moves of Rahul.

"We have seen how the Congress party used the Vyapam scam in the past as a political strategy. However, this did not work out, as we all saw. It is clear that the BJP is not involved in any kind of corruption. So now the Opposition is trying to rake up the Rafale scam instead," ANI quoted the BJP MP as saying.

In June 2018, Pandey had mocked Rahul by calling him "mandh buddhi" after he claimed that the founder of Coca-Cola once sold `shikanji` (lemonade).

"The kind of things he (Rahul) says is surprising. He is definitely trying to learn but there is an age to learn. A person who learns after the age of 40 cannot be called learned. Such a person is called mandh buddhi," Pandey had said at a public address in Durg.

"Mamata (Banerjee) is not able to save democracy in her own state, it was shocking to see her lead the rally. The Opposition in West Bengal is being oppressed by the TMC government, so much so that they did not even let us hold Rath Yatra. These parties are coming together to defeat one man (Prime Minister). This goes to show the might of the BJP," she said.