The last rites of former finance minister and senior BJP leader Arun Jaitley, who died at the age of 66 after a prolonged illness on Saturday at New Delhi's AIIMSll India Institute of Medical Sciences (AIIMS), were performed at the Nigam Bodh Ghat crematorium in the preence of galaxy of leaders from the political spectrum 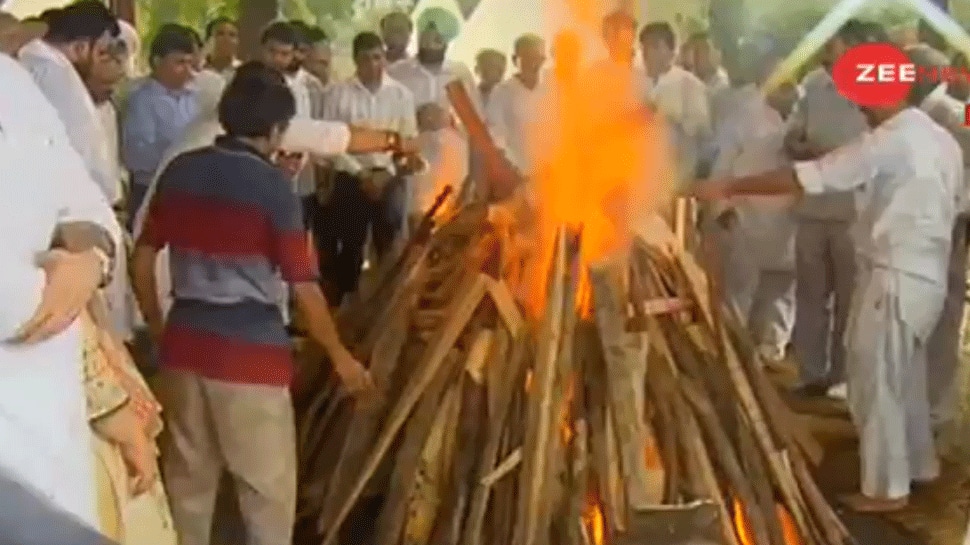 NEW DELHI: The last rites of former finance minister and senior BJP leader Arun Jaitley, who died at the age of 66 after a prolonged illness on Saturday at New Delhi's All India Institute of Medical Sciences (AIIMS), were performed at the Nigam Bodh Ghat crematorium in the preence of galaxy of leaders from the political spectrum. His funeral procession was earlier brought from the BJP headquarters to the Nigam Bodh Ghat, where his last rites are being performed.

Following the demise of Jaitley, a master strategist and key troubleshooter for Prime Minister Narendra Modi-led NDA government, tributes and condolences started pouring within minutes from across the nation. 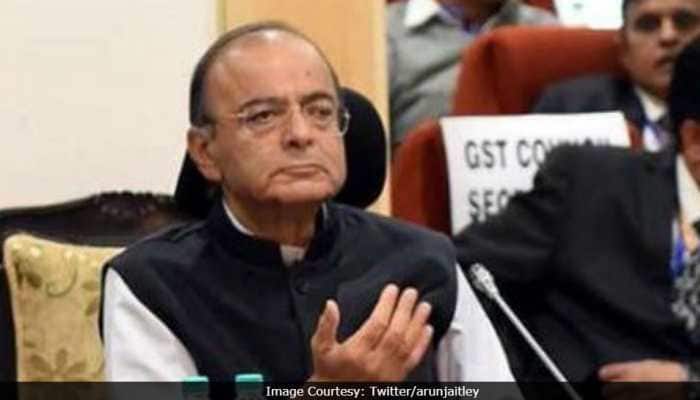 Jaitley did not contest the 2019 Lok Sabha election, because of his ill-health. In May this year, Jaitley was admitted to AIIMS, Delhi for treatment. He had undergone a renal transplant on May 14 last year at AIIMS with Railways Minister Piyush Goyal filling in for him in the Finance Ministry at that time.

Tune In To Zee News For More Updates:-

#BJP veteran LK Advani is also present at the crematorium.

# Arun Jaitley Ji was like my eleder brother. My bonding with his family will continue forever: Jawahar Goel, Editor-in-Chief, Zee Media

# Arun Jaitley's mortal remains will be kept at the BJP Headquarters for the general public, party leaders and workers to pay their homage to him till 12.45 PM.

# A sea of supporters outside the BJP Headquarters to pay homage to Arun Jaitley.

# Baba Ramdev arrives at the BJP office to pay tribute to Arun Jaitley.

# Delhi Police issues traffic advisory, says due to cremation of former FM Arun Jaitley at Nigam Bodh Ghat crematorium, the traffic volume is expected to be heavy on the Ring Road between Indraprasth Flyover and Chandagi Ram Akhara between 1 PM and 5 PM.

# Mortal remains of Arun Jaitley have been kept at the Press Conference Room at the ground floor of BJP head office here.

# BJP leader Kailash Vijayvargiya says Arun Jaitley’s demise is a loss not just for the party, but for the nation. Showering praises on the political stalwart, Vijayvargiya said that the country has lost a great leader who always spoke with logic and facts.

# He was a man that many people in Britain treasured, knew well, worked with, valued him for his wisdom, gentleness and humour. He will be much missed: Sir Dominic Asquith, British High Commissioner to India

# Arun Jaitley's mortal remains are being taken to BJP headquarters, his last rites will be held at Nigam Bodh Ghat later today.

# Arun Jaitley's mortal remains to be taken to BJP head office in a fully decorated military truck around 9:25 AM.

# Congress interim president Sonia Gandhi expressed deep pain at the passing away of Arun Jaitley. She said Jaitley had a long innings as a public figure and his contribution to public life will forever be remembered. READ

# JP Nadda, however, added that the timing for the cremation of Jaitley's mortal remains is yet to be decided.

# "From AIIMS, Arun Jaitley's body will be taken to his home in Kailash colony. His body will be kept there till 10 am on Sunday and from there it will be taken to the BJP headquarters for party workers and the public to pay their last respects. His funeral procession will begin from the BJP headquarters to the Nigam Bodh Ghat, where last rites will be performed," JP Nadda said on Saturday.