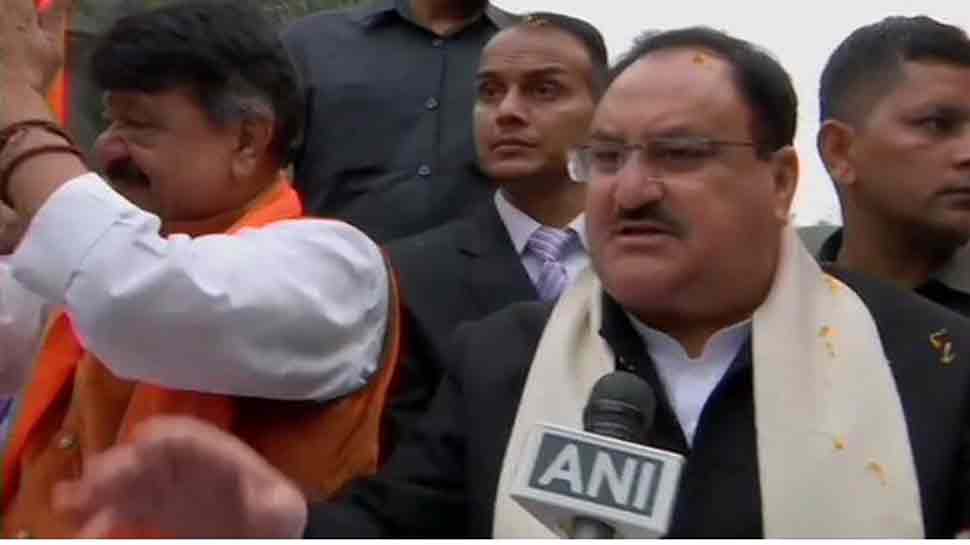 Nadda, who was received by BJP General Secretary in-charge of West Bengal Kailash Vijayvargiya at the aerodrome in the morning, would address a public gathering at Shyambaza where he is likely to talk about the benefits that the people will reap from the implementation of the Citizenship (Amendment) Act.

The march commenced from Hind Cinema-CR Avenue-to and will later culminate at Shyambaza.

Earlier, the BJP slammed West Bengal Chief Minister Mamata Banerjee for failing to take any action against state minister and Jamiat-Ulema-e-Hind leader Siddiqullah Chowdhury who has threatened not to allow Union Home Minister Amit Shah out of the airport in Kolkata when he comes on a visit unless the Citizenship Amendment Act is immediately withdrawn.

State BJP General Secretary Sayantan Basu reportedly alleged that Sharia law, and not the Indian Constitution, was in force in the state, and dared the West Bengal minister to try and implement his threat.

Targeting the Chief Minister, Basu said she has not even recommended to the Governor about the removal of Chowdhury, the state`s library service minister, who made such a comment openly.

Basu said that his party would give citizenship to all Bengali Hindus who have come to the state as refugees.