Tensions remained high in Barrackpore through the day and minor clashes also erupted between workers of BJP and TMC. 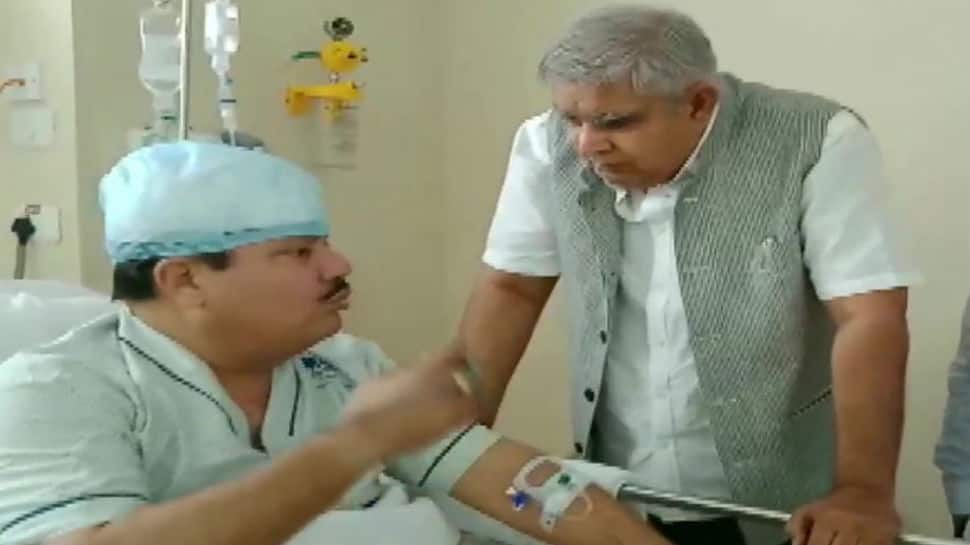 Bharatiya Janata Party (BJP) workers clashed with workers of Trinamool Congress in West Bengal's Barrackpore on Monday after the saffron party called for a 12-hour bandh here. This was in protest against the assault of BJP MP Arjun Singh, allegedly by TMC goons.

Tensions remained high in Barrackpore through the day and minor clashes also erupted between workers of BJP and TMC. It is reported that one such clash broke out when BJP workers were trying to erect a blockade but were stopped in doing so by workers of TMC. At least 15 people were injured in this incident. Cops too were attacked when they reached the site in order to bring the situation under control. DC Zone 1 Ajay Thakur and Officer in Charge of Titagarh Police Station suffered serious injuries.

All injured were rushed to a nearby hospital for treatment.

While the political rivalry between BJP and TMC has remained high, Sunday's assault on Arjun Singh has flared up tensions. The BJP lawmaker had come to meet his party workers following reports of clashes between the TMC and BJP workers over attempts to capture the party office in the area. He alleged that his car was ransacked by TMC cadre and that the cops present did not do anything to stop them.