The strategy is being developed with an eye on repeating BJP's stupendous victory in the 2014 Lok Sabha election. 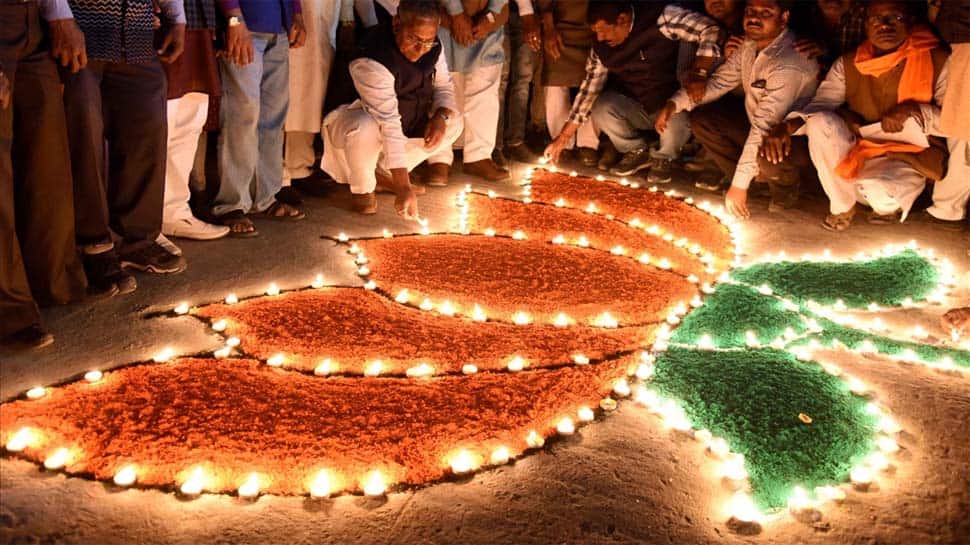 As the Lok Sabha election approaches, the Bharatiya Janata Party (BJP) is all set to tweak its strategy to bank on 'Rashtravad' (nationalism) as its biggest electoral plank.

Following the Pulwama attack and retaliatory air strikes by the Indian Air Force (IAF) on terror camps in Pakistan, the party will also tweak its punch line to highlight the muscular approach adopted by Prime Minister Narendra Modi in the fight against Pakistan-sponsored terrorism.

BJP sources say the current election slogan of 'naamumkin bhi ab mumkin hai' (the impossible is possible now) will be changed to 'Modi hai to mumkin hai' (It's possible because of Modi) once the Election Commission of India declared the dates for the election to the 17th Lok Sabha.

Rasthravad (nationalism) will be the main theme of the party's election campaign as it firms up its strategy with an eye on repeating its stupendous victory in the 2014 Lok Sabha election and returning to power for the second consecutive term. The party will play up the IAF airstrikes on Jaish-e-Mohammad terror camps in Pakistan to corner its opponents on nationalism.

The issue of vikas (development) will also continue as a parallel strategy, a party source told Zee News.

The development comes following indications that the election dates of the 2019 Lok Sabha election will be announced in early March. The term of the present Lok Sabha ends on June 3.

Padma Shri winner Prasoon Joshi, who penned BJP's election campaign song in 2014, is expected to be don the songwriter's cap again. He has been briefed to create a song around nationalism for the election theme song, the source added.

The 2019 song's theme is expected to be on lines of the one used for the 2014 election which was “Saugandh Mujhe Is Mitti Ki, Mai Desh Nahi Mitne Dunga."

PM Modi recently used the punchline in his speech at a rally in Rajasthan immediately after the IAF airstrikes.