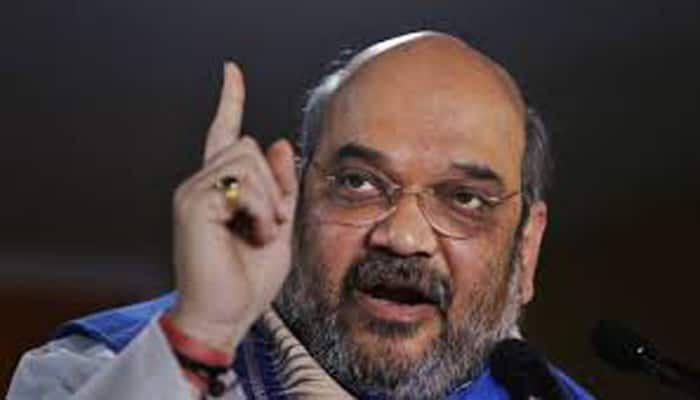 BJP chief Amit Shah laid out a roadmap to win 360-plus seats in the 2019 Lok Sabha elections
Share:
Written By:

The BJP chief laid out a roadmap to win 360-plus seats in the 2019 Lok Sabha elections, still 20 months away.

Shah's directions were issued on a day when 17 Opposition parties came together to target the Centre, the latest in a string of attempts to stop the BJP juggernaut that rolled out in 2014, reports DNA. His exercise also coincided with Mamata Banerjee's party Trinamool sweeping all seven civic bodies in West Bengal. Interested, the BJP emerged as Trinamool's main challenger in the poll results, indicating a paradigm shift in state politics.

Shah identified 150 seats across West Bengal, Odisha, Karnataka and in the Northeast that BJP lost in 2014 elections. He briefed the party members on how to dominate the elections and increase the party’s tally from the present 281 MPs to more than 360.

The party president has been touring several states including West Bengal, Gujarat and Karnataka over the last few months to understand BJP's position in the upcoming elections.

“He first shared his insights from his trips so far,” said a leader present at the meeting.

The session also included a presentation on how to fight anti-incumbency in states such as Chhattisgarh, Madhya Pradesh and Gujarat where the BJP has been in power for three terms.