The West Bengal Chief Minister Mamata Banerjee will also contest the election from the same constituency. 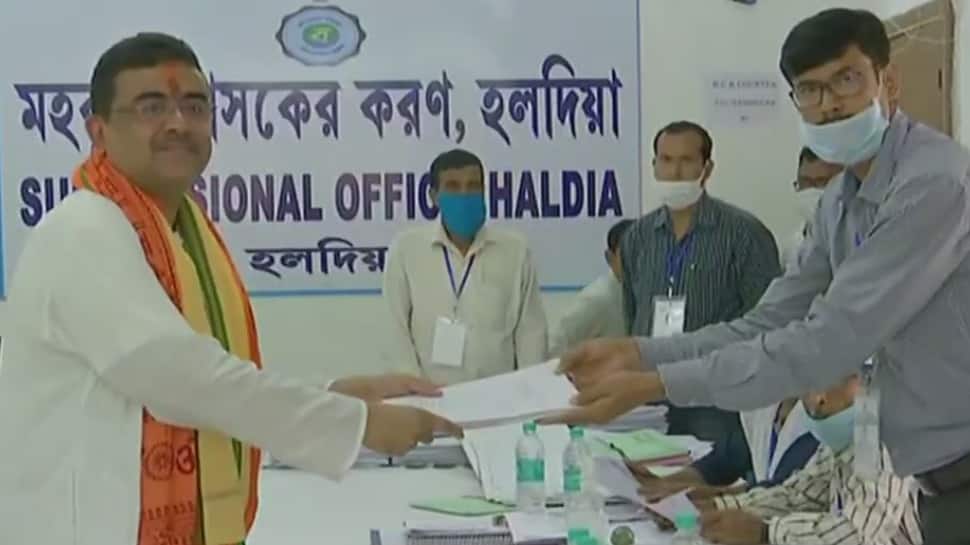 New Delhi: Suvendu Adhikari on Friday (March 12, 2021) filed nomination for the upcoming West Bengal Assembly election and said that there is no question of competition in these polls.

He filed his nomination as a Bharatiya Janata Party (BJP) candidate from the Nandigram Assembly Constituency at the Haldia SDO's Office.

"The journey to bring REAL change and recreate a Sonar Bangla starts," said Suvendu Adhikari after filing his nomination paper. 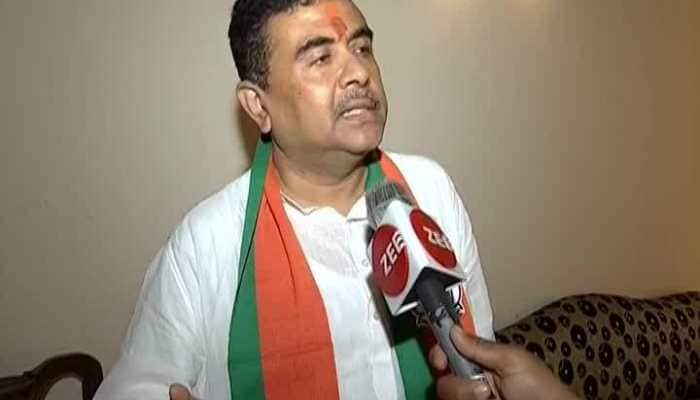 He added, "Honoured to stand with the people of Nandigram all these years and it's my duty to be by their side in the future as well."

Honoured to stand with the People of #Nandigram all these years & it's my Duty to be by their side in the future as well. pic.twitter.com/NSPTQm5ThY

He was accompanied by Union Minister Dharmendra Pradhan.

Suvendu Adhikari attacked the Mamata Banerjee-led government and said that the Trinamool Congress (TMC) has turned into a private company where only 'Didi' and 'Bhaipo' can speak freely.

He also said that there is a lack of employment opportunities in West Bengal and to bring a change, there is a need to remove TMC.

The former TMC leader before filing his nomination expressed, "I hope to receive people's blessings. I'm confident people will support BJP and bring it for real development in West Bengal. There is no question of any competition."

He added, "The BJP won 18 Parliamentary seats in 2019 and it will form a strong government this time with a huge margin."

Adhikari said, "My relationship with the people of Nandigram is very old. Mamata Banerjee remembers them every five years when polls come. They will defeat her. Today I am also filing my nomination and I am also a voter of the area."

He also interacted with the locals before filing his nomination paper.

Earlier in the day, Suvendu Adhikari sought blessings at the Singha Bahini Mandir and the Janaki Nath Mandir in Sona Chura.

Now, en route to file my Nomination papers as the @BJP4India Candidate from #Nandigram Assembly Constituency. Do join us in #Haldia!

Sharing some more pictures from this morning… pic.twitter.com/m47nhEHzvD

Notably, the West Bengal Chief Minister Mamata Banerjee will also contest the election from the same constituency. She had filed her nomination on March 10.

The poll-bound state will witness eight-phased assembly elections from March 27 and the battle for Nandigram will take place in the second phase.

The counting of votes will take place on May 2.

Pune schools to remain shut amid spike in COVID-19 cases, markets and malls to function till 10 PM