Prime Minister Narendra Modi on Wednesday invited Brazilian President Jair Messias Bolsonaro to be the Chief Guest at the Republic Day 2020, which the Brazilian president has accepted. 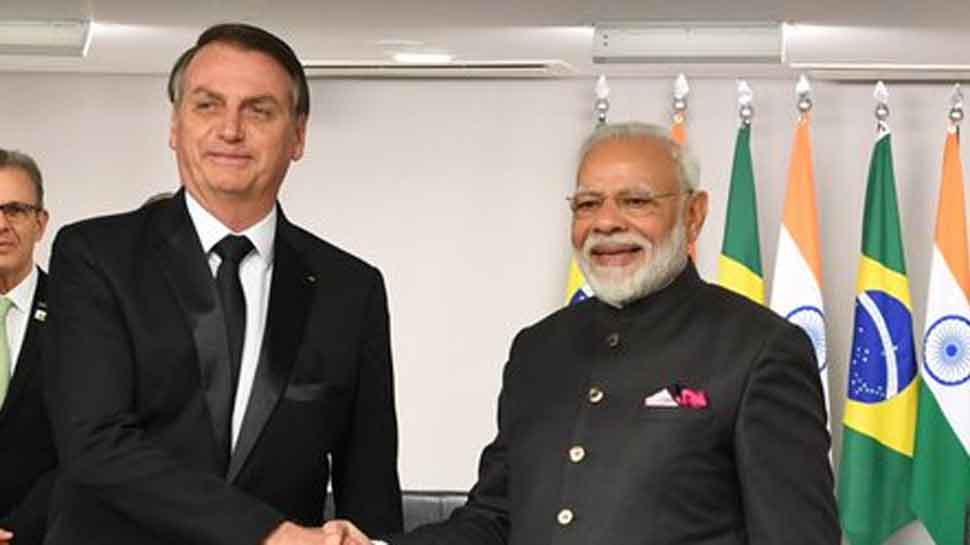 Meeting on the margins of the 11th BRICS Summit here, the two leaders agreed on Wednesday that "on this occasion, the two countries can comprehensively enhance our strategic partnership".

"PM Modi said that he looked forward to discussing matters relating to trade. He also outlined areas for potential investment from Brazil, including in areas of agricultural equipment, animal husbandry, post-harvest technologies and biofuels", said an MEA statement.

The President of Brazil expressed his readiness and informed Modi that a large business delegation will accompany him to India.

They also discussed other areas of cooperation including space and defence sectors. PM welcomed the decision of President to grant visa-free travel to Indian citizens.

PM Modi tweeted: "Met President @jairbolsonaro on the sidelines of the BRICS Summit in Brazil. Grateful to him and the people of Brazil for hosting the Summit.

"During our talks today, we discussed furthering cooperation in areas pertaining to the economy, connectivity and people-to-people ties."

Kashmiris were trained in Pakistan to fight against Indian Army: Pervez Musharraf