The RSS chief remarked that the time has come to work to make India a superpower in the world and unlike other superpowers, India would never misuse its influence over others. 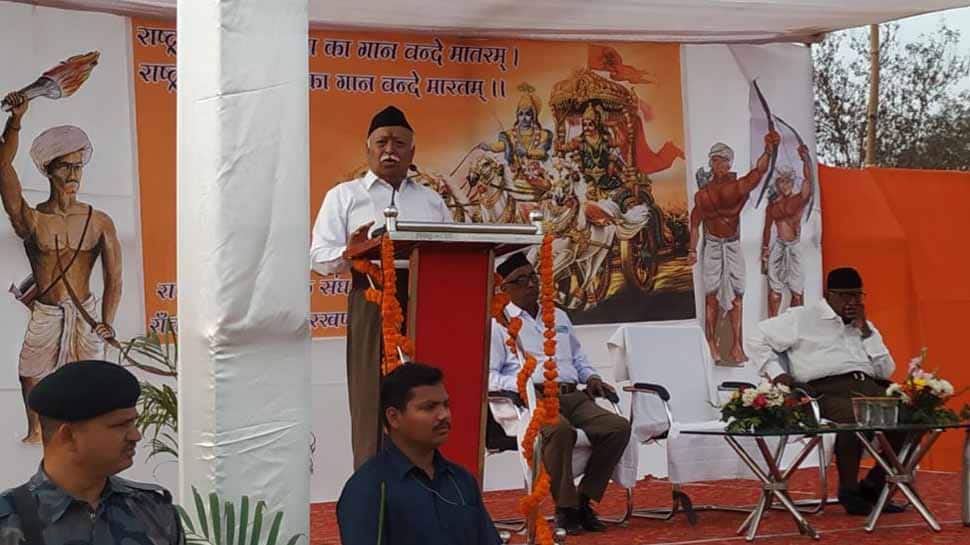 Rashtriya Swayamsevak Sangh (RSS) chief Mohan Bhagwat on Thursday (February 20) said that the word 'nationalism' is severely misunderstood these days and it is better to use some alternative terms for 'nationalism'.

Addressing an RSS event in Jharkhand's Ranchi, Bhagwat said that during his recent visit to the UK, he told that some English words did not stand for what they traditionally meant, and 'nationalism' is also one such word. The RSS chief asserted that 'nationalism' is often equated with a 'Nazi' or a 'fascist' ideology these days.

The RSS chief remarked that the time has come to work to make India a superpower in the world and unlike other superpowers, India would never misuse its influence over others. "We have to make our country big, make it the best in the entire world, make it a world-class country. There are many countries in the world who became the biggest, now there are nowhere, there are some who are still on the top. The word used is 'Mahashakti (superpower)," noted Bhagwat.

"What do countries do when they become the strongest? They exert their influence over other countries, they exploit other countries' resources for themselves. That's why researchers believe that a country becoming too powerful is bad for the world. A word like 'nationalism' isn't taken to be in a positive way these days," he added.

According to Bhagwat, whenever India has become powerful, it has helped other countries in the world. "Other countries have become radicalized with power, the reason why the world isn't peaceful today. India has never done that. India has to grow for the world. Our meaning of growing is not that we will conquer neighbouring areas. India has always had this one ideology-- We will never become slaves and we will never put anyone into slavery. There is no one to unite the world. Only forces that divide the world. The world needs India to fill this gap," said the RSS chief.