A letter was written by the Jharkhand government to Lt Gen Harpal Singh, DG, BRO Roads reads, "Consent is given to BRO for recruitment of workmen from Jharkhand. The deputy commissioners of the districts will be the nodal officers for this purpose. For future recruitments in subsequent years, BRO will have to register under the Inter-State Migrant Workmen Act, 1979." 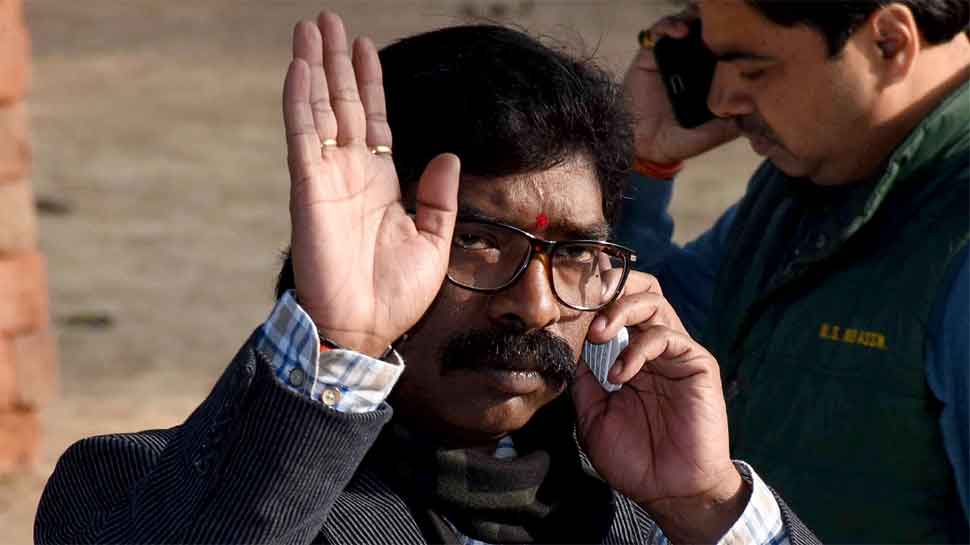 Ranchi: Jharkhand has permitted the Border Roads Organisation (BRO) to induct 11,815 workers from the state for critical projects, including in areas near China border in Ladakh, after the agency gave assurance about their rights and benefits.

A letter was written by the Jharkhand government to Lt Gen Harpal Singh, DG, BRO Roads reads, "Consent is given to BRO for recruitment of workmen from Jharkhand. The deputy commissioners of the districts will be the nodal officers for this purpose. For future recruitments in subsequent years, BRO will have to register under the Inter-State Migrant Workmen Act, 1979."

"An MoU has been prepared by the Chief Minister`s Office (CMO) and the Labour Department to be signed by the BRO to ensure an institutional framework safeguarding welfare measures and benefits of workers. On May 29, when 60 workers were airlifted by the state government under the Chief Minister`s initiative, CM Hemant Soren received them at Ranchi airport.

The Chief Minister took cognisance of problems faced by workers in the mountainous regions of Leh and Ladakh. He also sought answers from BRO headquarters.

"BRO has to guarantee in writing and in signed agreement all necessary welfare benefits, monitoring mechanism safeguarding workers travel, worksite and accommodation benefits, allowances and medical provision etc to ensure that thetribal workers of Dumka and Santhal Pargana can thus serve the nation honourably," Soren said.

"We are committed to the welfare of our workers and our tribal brothers who have long served the nation and built its frontiers. We are ready to send our workers in the interest of National security but will not allow any compromise of their honour, welfare rights, benefits and dignity," he said.

Earlier, Defence Minister Rajnath Singh himself requested the chief minister`s intervention in the matter. The Chief Minister had conveyed to him the "historical exploitation" of workers and "underpayment" in such tough conditions, according to an official release.

A special team set up by the Chief Minister held week-long discussions and parleys with the BRO to ensure that an agreement was reached. With the Chief Minister`s direct request to Defence Minister and subsequent discussions over the week, workers are now likely to receive between Rs 18,000 -26,000 per month with Rs 3,000 as ration allowance per month along with other benefits.

The BRO communicated with a revised scheduled of rates for all categories of workers - unskilled, semi-skilled and skilled and increasing wages by around 15- 20 per cent.

With another 210 workers being airlifted from Leh this coming week, Soren wants complete assurance from the defence Ministry and the BRO to ensure all welfare measures are in place before the first BRO train is flagged off from Jharkhand.

The Chief Minister is also contemplating creating a special medical/insurance coverage of Rs 10-15 lakh for each worker over and above what`s been proposed by the BRO.Today, 55 workers from Jharkhand were brought from Leh by flight to Ranchi.