In a moving gesture, Garud Commandos of the Indian Air Force (IAF) recently came forward to help in the wedding of their martyred friend's sister in Bihar capital Patna. 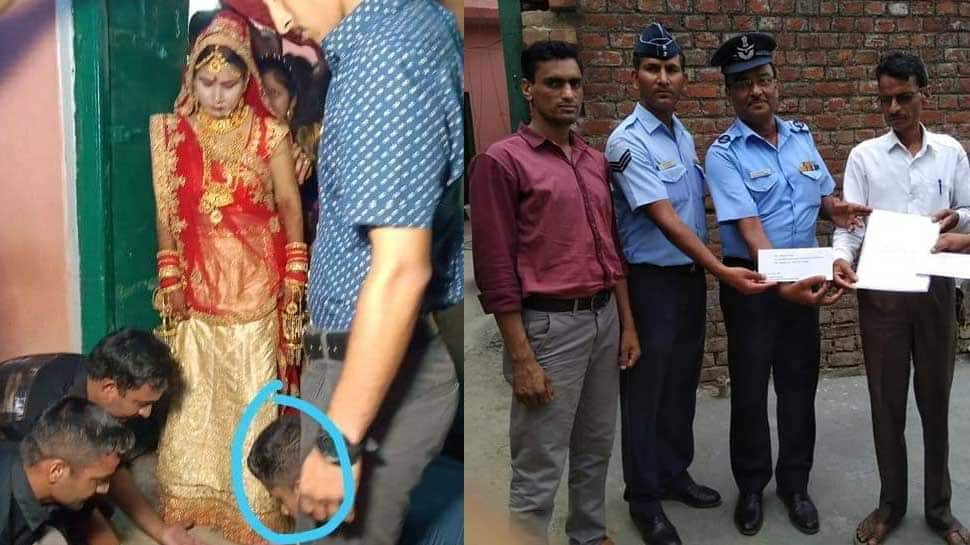 New Delhi: In a moving gesture, Garud Commandos of the Indian Air Force (IAF) recently came forward to help in the wedding of their martyred friend's sister in Bihar capital Patna.

IAF Garud commando Jyoti Prakash Nirala was martyred during a terrorist encounter in Jammu and Kashmir back in 2017.

Before making the supreme sacrifice for the country, Nirala had gunned down five terrorists in different encounters.

The nation later honoured the braveheart by bestowing the Ashok Chakra on him posthumously during the Republic Day celebrations in 2018.

When Nirala's friends in the Air Force came to know about his sister's wedding in Patna, they decided to help his family.

Nirala was the sole earning member in the family, which has four daughters.

After his untimely death, his family was facing financial constraints and finding it difficult to arrange enough funds for the marriage.

To honour their martyred brother, Nirala's friends and other Garud commandos contributed Rs 500 each and collected nearly Rs 5 lakhs, which was given to the family to organise the marriage of Nirala's sister.

In some pictures of the wedding that have been widely shared on social media, some of the Garud commandos can be seen making the bride walk on their palms as a mark of respect.

While the moving gesture by the Garud Commandos to help their martyred brother is being hugely appreciated, it also reminds us of the hardship faced by the families of defence personnel after their untimely deaths in the line of duty.