A Bahujan Samaj Party (BSP) leader and his nephew were shot dead in Bijnor district on Tuesday. 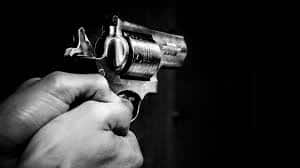 Bijnor: A Bahujan Samaj Party (BSP) leader and his nephew were shot dead in Bijnor district on Tuesday.

Haji Ahsan, 55, was at his office with his 28-year-old nephew Shadab on Tuesday evening, when two men came inside and opened fire. Police reports said that the number of assailants was three.

A senior police official said: "One of the three men waited outside the office, while two moved in with a pistol hidden in a sweet box. They opened fire at Haji Ahsan and when his nephew tried to stop them, they shot at him too. Both of them died on the spot."

The police said that there was no indication of any personal enmity as the motive behind the crime. Police have set up teams to nab the killers.

This is the third attack on a political party worker since the Lok Sabha election results were declared on May 23.

A former village head in Amethi, who worked closely with BJP leader Smriti Irani during her campaign, was shot dead on Sunday. Amethi - a bastion of the Gandhi family for decades - had voted out Congress President electing Irani.

Before that, a Samajwadi leader (SP) and zila panchayat member Vijay Yadav was shot dead in Ghazipur.

On Monday, another SP leader and former MP Kamlesh Balmiki was found dead under mysterious circumstances at his home in Bulandshahr district.