Samajwadi Party and Bahujan Samaj Party (BSP) have decided not to contest on Gandhi bastions - Raebareli and Amethi. 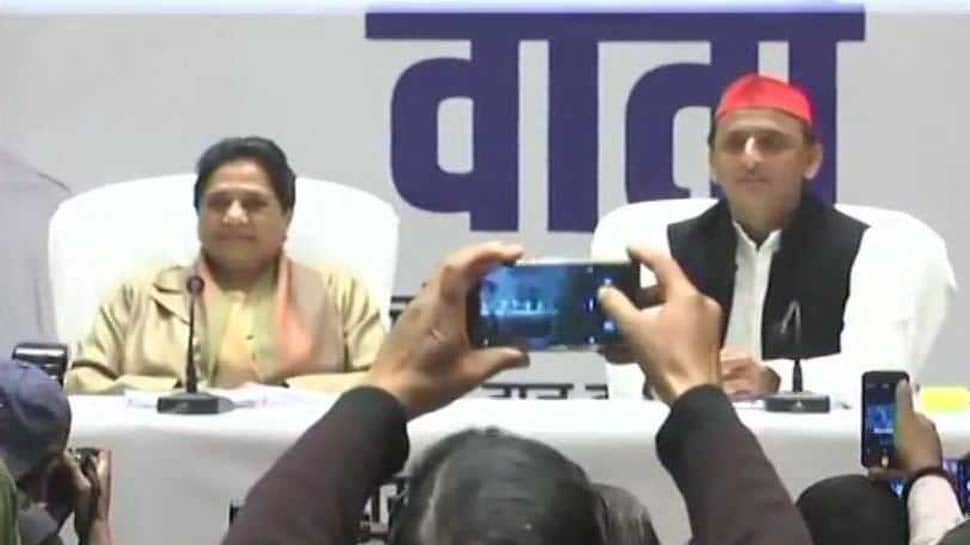 LUCKNOW: Samajwadi Party and Bahujan Samaj Party (BSP) will contest the Lok Sabha elections in an alliance on 38 seats each in Uttar Pradesh. For the remaining four out of the 80 seats in the state, the alliance has given two seats to other alliance partners. They have also not to contest on two seats of Congress president Rahul Gandhi and UPA chairperson Sonia Gandhi- Raebareli and Amethi. However, in a snub to the grand old party, the SP and the BSP have kept Congress out of the alliance.

Announcing the seat-sharing arrangement, BSP chief Mayawati said that they have come together to fight against the 'toxic politics' of the Bharatiya Janata Party (BJP). "For us, the country is bigger than any differences. Even the 1995 Guest House scandal cannot stop us from working for the benefit of the country," Mayawati said.

"With Uttar Pradesh having 80 Lok Sabha seats, if BSP-SP alliance can win a majority in the state, we will be in a good position to stop the BJP from coming to power in the upcoming Lok Sabha elections," Mayawati added.

Thanking Mayawati for giving an equal share of seats to both parties, SP chief Akhilesh Yadav exuded confidence that the alliance is not just for the upcoming elections but for the future as well. "To defeat the arrogance of BJP, it was necessary for BSP and SP to come together. The BJP can go to any extent to create differences in our workers, we must be united and counter any such tactic," he said.

On why BSP and SP are not tying up with the Congress, Mayawati said: "Be it BJP or Congress, whoever rules, their policies are mostly the same. For example, we are seeing how both indulged in corruption in defence deals. Congress imposed declared emergency, today there is an undeclared emergency. Moreover, we won't gain anything by including Congress in our alliance. Both BSP and SP have experienced in the past that Congress's vote is not transferrable."

Showing a symbolic unity of the alliance and giving a photo frame that for many years was thought to be impossible, Akhilesh and Mayawati gave each other a bouquet ahead of the big announcement. The historic press conference in Lucknow was dotted with posters of Akhilesh and Mayawati across Lucknow as well as images of party ideologues BSP's Kanshiram and SP's Ram Manohar Lohiya.

The BSP and SP had buried their differences last year when they had come together to contest the three bypolls in Gorakhpur, Phulpur and Kairana. Their win in the bypolls was seen as a consolidation of Other Backward Classes, Dalits and Muslim votes, and raised expectations of a similar math working in the 2019 elections.

The two leaders have also publicly shown support for each other giving indications that the alliance is going strong in the run up to the Lok Sabha polls.

When there were reports that the CBI might question Yadav in connection with a mining scam that allegedly took place when he was chief minister, Mayawati had advised her 'mahagatbandhan' partner to not be 'shaken'. Yadav, too, had put out a statement condemning Prime Minister Narendra Modi's remarks in Agra on Mayawati "forgetting" an attack on her by SP workers in 1995. "The PM is scared of the alliance," Yadav had said.