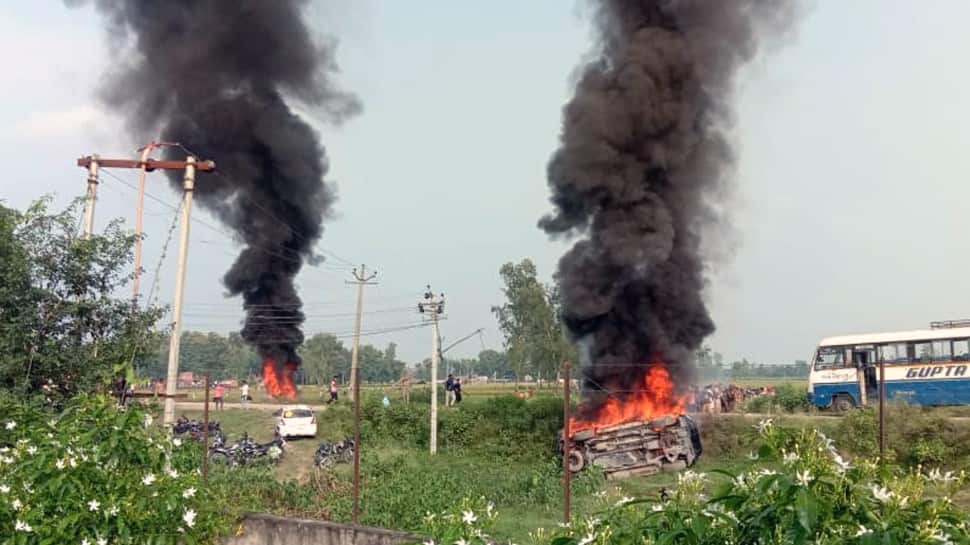 New Delhi: Days after the violence that erupted in Uttar Pradesh’s Lakhimpur Kheri district which claimed eight lives, police are said to have recovered empty bullet shells from the site, according to a media report.

“Two persons have been taken into custody and are being questioned in the Lakhimpur Kheri violence case. Police have recovered empty bullet shells at violence site,” UP government sources were quoted as saying by ANI.

Notably, the farmers had claimed that they were shot at during the incident.

Lucknow IG Lakshmi Singh said two people are being questioned who have given a lot of information into the incident.

"Two people are being questioned. They've confirmed the role of three others who are dead. Technically, they have also been accounted for. These people are giving a lot of information. We are sending summon to the main accused (Ashish Mishra) for questioning," Singh said.

However, she said it was not confirmed whether firing took place.

"Incidents of firing or any firearm injuries have not been confirmed. Therefore, we will have to proceed with other evidence that has been given to us," she added.

Ashish Mishra and his father MoS Home Ajay Mishra have repeatedly denied the former's involvement in the tragic incident.

The minister has said that he would resign if the charges against his son is proved. He has also alleged that it was the farmers who attacked the vehicles first.

Earlier today, the Supreme Court asked the Uttar Pradesh government to file a status report on who are the accused, against whom FIR is registered and those arrested.