The National Investigation Agency (NIA) had filed a charge sheet against Salla under sections 3(1), 3(2)(a) and 4(b) of the Anti-Hijacking Act, 2016 in January last year. 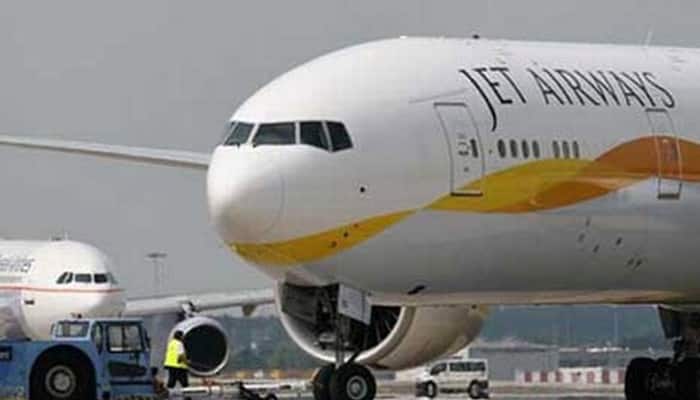 AHMEDABAD: A special NIA court in Ahmedabad on Tuesday sentenced Mumbai-based businessman Birju Kishor Salla to life imprisonment for leaving a hijack threat note in the washroom of a Jet Airways plane in October 2017. The court also imposed a hefty fine of Rs 5 crore on Salla and ordered that out of the fine amount, each pilot will get compensation of Rs 1 lakh, each air hostess will get Rs 50,000 and each passenger will be paid Rs 25,000 for misery undergone by them.

The National Investigation Agency (NIA) had filed a charge sheet against Salla under sections 3(1), 3(2)(a) and 4(b) of the Anti-Hijacking Act, 2016 in January last year. This was the first case registered by NIA under Anti Hijacking Act 2016. 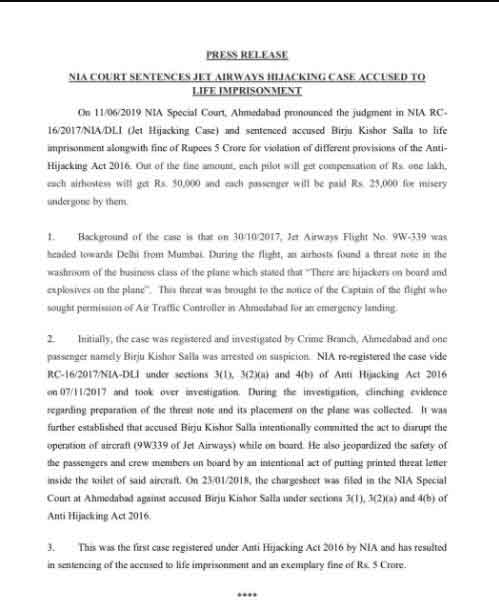 The case dates back to October 30, 2017 when Salla had left a note onboard a Jet Airways Flight No 9W-339 bound for Delhi from Mumbai. In his note, Salla had warned that there were hijackers and explosives onboard. The threat note was found by an airhostess in the washroom of the business class of the plane. The airhostess immediately informed the Captain of the flight about the threat and he sought permission from Air Traffic Controller in Ahmedabad for an emergency landing.

The initial investigation in this case was done by Ahmedabad Crime Branch and Salla was arrested on suspicion. NIA then re-registered the case and on November 11, 2017 took over the investigation. During questioning, Salla confessed to his crime and told NIA officers that he had left the threat note with a hope that it would force Jet Airways to shut down its operation in Delhi and his girlfriend, who worked in Delhi office of Jet Airways, would return to Mumbai.