In Uttar Pradesh, by-elections were held for 11 Assembly seats, the BJP won 7, its ally Apna Dal 1, and the Samajwadi Party managed to emerge victorious on 3 seats. 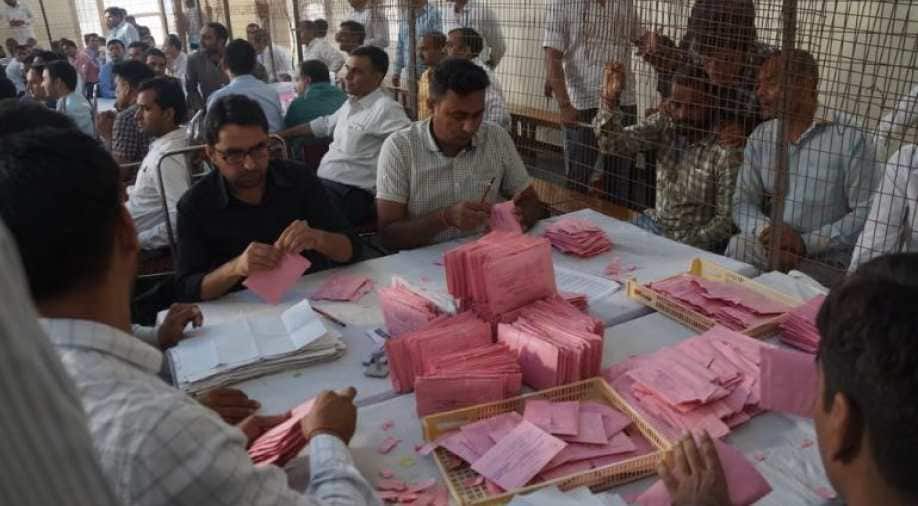 In Uttar Pradesh, by-elections were held for 11 Assembly seats, the BJP won 7, its ally Apna Dal 1, and the Samajwadi Party managed to emerge victorious on 3 seats. The BJP won the Gangoh, Iglas, Lucknow Cantt, Govind Nagar, Manikpur, Balha and Ghosi, while the Apna Dal candidate won from Pratapgarh.

Tazeen Fatma, who is the wife of Lok Sabha MP Azam Khan, won from the Rampur seat on SP's ticket. Gaurav Kumar and Subhash Rao of SP won from Zaidpur and Jalalpur seats respectively.

In Gujarat, by-election was held on 6 seats, out of which the BJP bagged Kheralu, Lunawada and Amraiwadi while the Congress won Tharad, Bayad and Radhanpur seats. Raghubhai Merajbhai Desai of Congress defeated Alpesh Thakor, who quit Congress to join the BJP, in Radhanpur.

The BJP won the Ratabari, Rangapara and Sonari seats in Assam, while Jania seat was won by the All India United Demoratic Front. The BJP won Martamrumtek (BL) and Gangtok (BL) in Sikkim and the Sikkim Krantikari Morcha secured the Poklok Kamrang seat.

In Punjab, the ruling Congress won in three of the four seats with Balwinder Singh Dhaliwal winning in Phagwara, Indu Bala in Mukerian and Ramdinder Singh Awla in Jalalabad. However, the Congress candidate from Dakha, Sandeep Singh Sandhu lost to Manpreet Singh Ayali of Ayali.

The results of bypoll for Satara Lok Sabha seat in Maharashtra and Samastipur Lok Sabha seat in Bihar. In Satara, NCP's Shriniwas Patil defeated BJP's Udayanraje Bhonsle by over 85,000 votes. In Samastipur, Prince Raj of Lok Janshakti Party defeated Ashok Kumar of Congress by a margin of over one lakh votes.